In many game engines, the render graph consists of render passes and dependencies. However, given that we primarily want to map textures, a simpler graph design will suffice.

The main advantage of a render graph is that it contains everything that's needed to render the next frame. So, one could update the render graph on the main thread, and move recording rendering commands and other rendering bits to a worker thread. 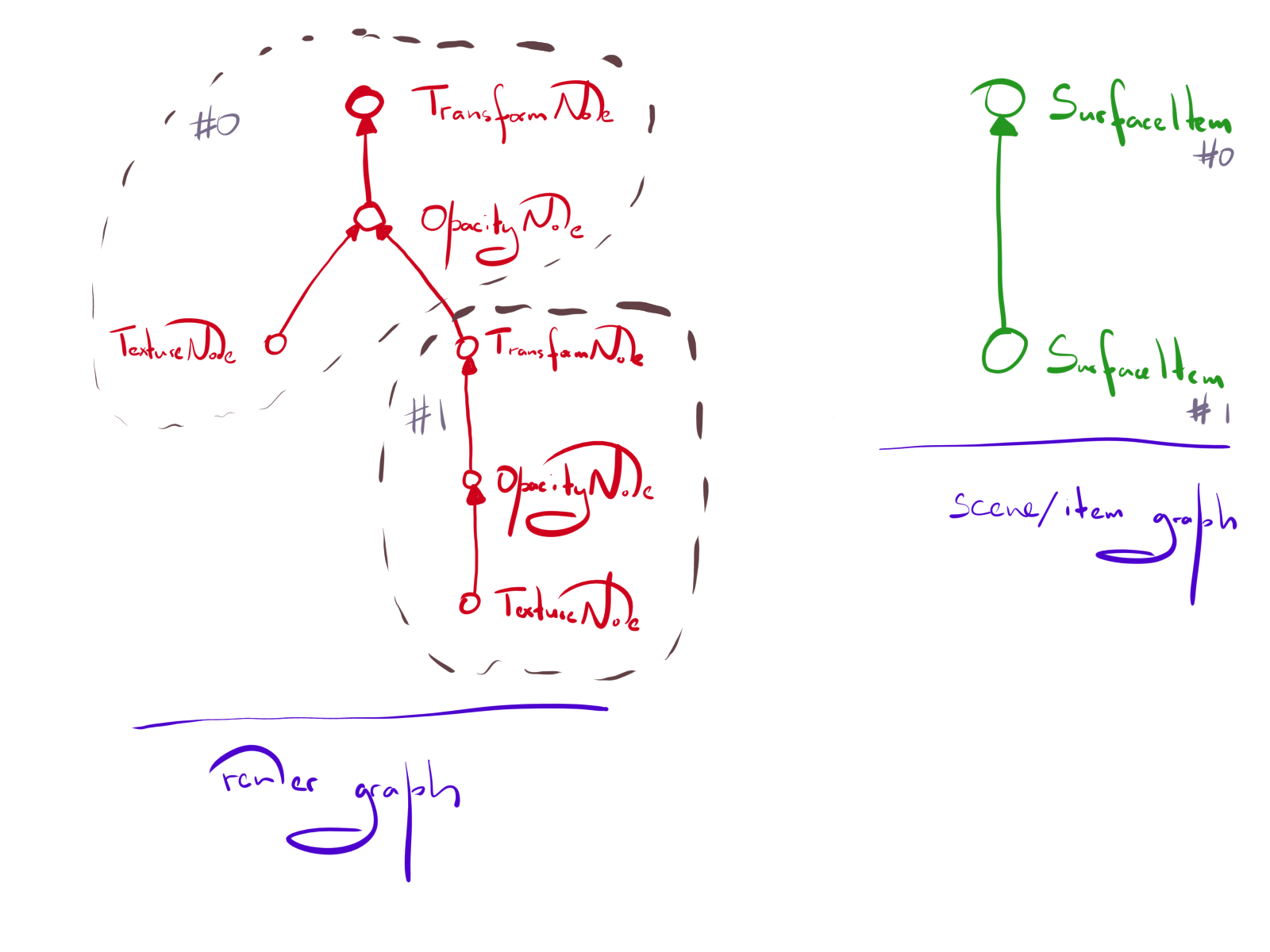 Render graph nodes should not attempt to abstract graphics apis, so the renderer has more freedom when deciding how to implement a particular node. The nodes must be semantic-specific.

Additional nodes that will be needed in the future: 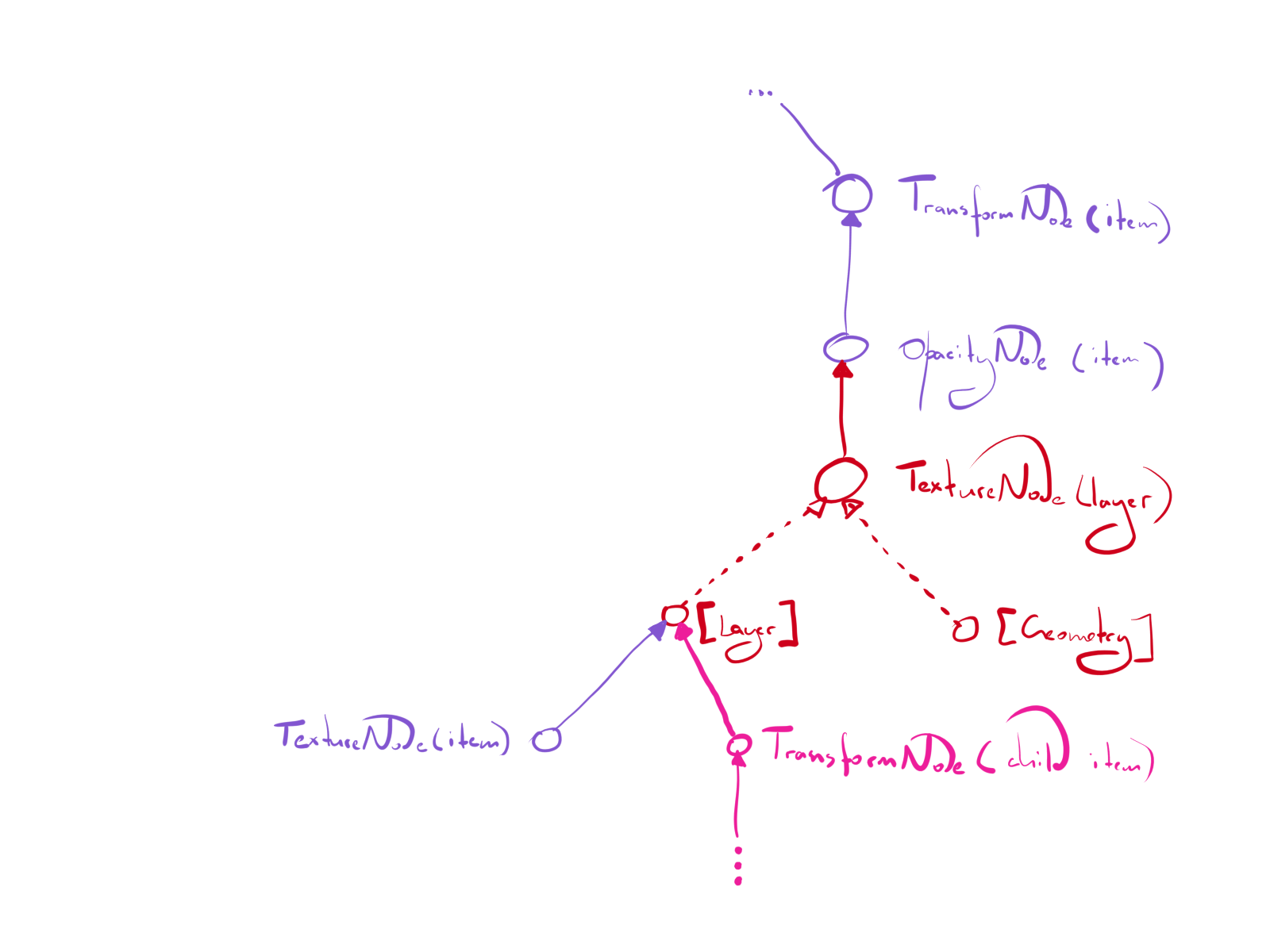 I would like to explore the possibility of generating immutable render graphs (in the future). That way, the renderer will be able to compute the dirty region for us by diff'ing the previous and the current render graph, which should be less error-prone than manually specifying dirty regions.

Re-creating the render graph on every frame might be inefficient, there are several ways around it:

In general, it's still all up in the air. For the time being, it's worth sticking with mutable render graphs.

Sometimes, a render graph node may need to scratch the contents of so far rendered frame. For example, one such case may arise when blurring the background of a window.

In order to allow implementing features such as the blur effect, the render graph must provide the ability to "read back" the framebuffer. This can be accomplished by creating a special purpose texture, e.g. Readback, which will be updated automatically by the renderer if the source rect is repainted.