All Firefox windows have same preview if media is playing

If there is a tab in Firefox that is playing media (or it started playing and media is paused currently), all other windows have same preview and title even if that tab is not focused. I provided some screenshots to make it more clear. "Preview" displayed is not even real preview but thumbnail used to present video (eg. youtube thumbnail). I tested it with Vimeo and it has same problem, but playing video in Facebook doesn't trigger it and it works normal. It seems like it could be Firefox only issue as I tried it in Chromium and it's working normal. I also tried VLC and I can't open multiple windows of VLC but one opened shows correct preview. I tried to disable that audio indicator but there is no difference. 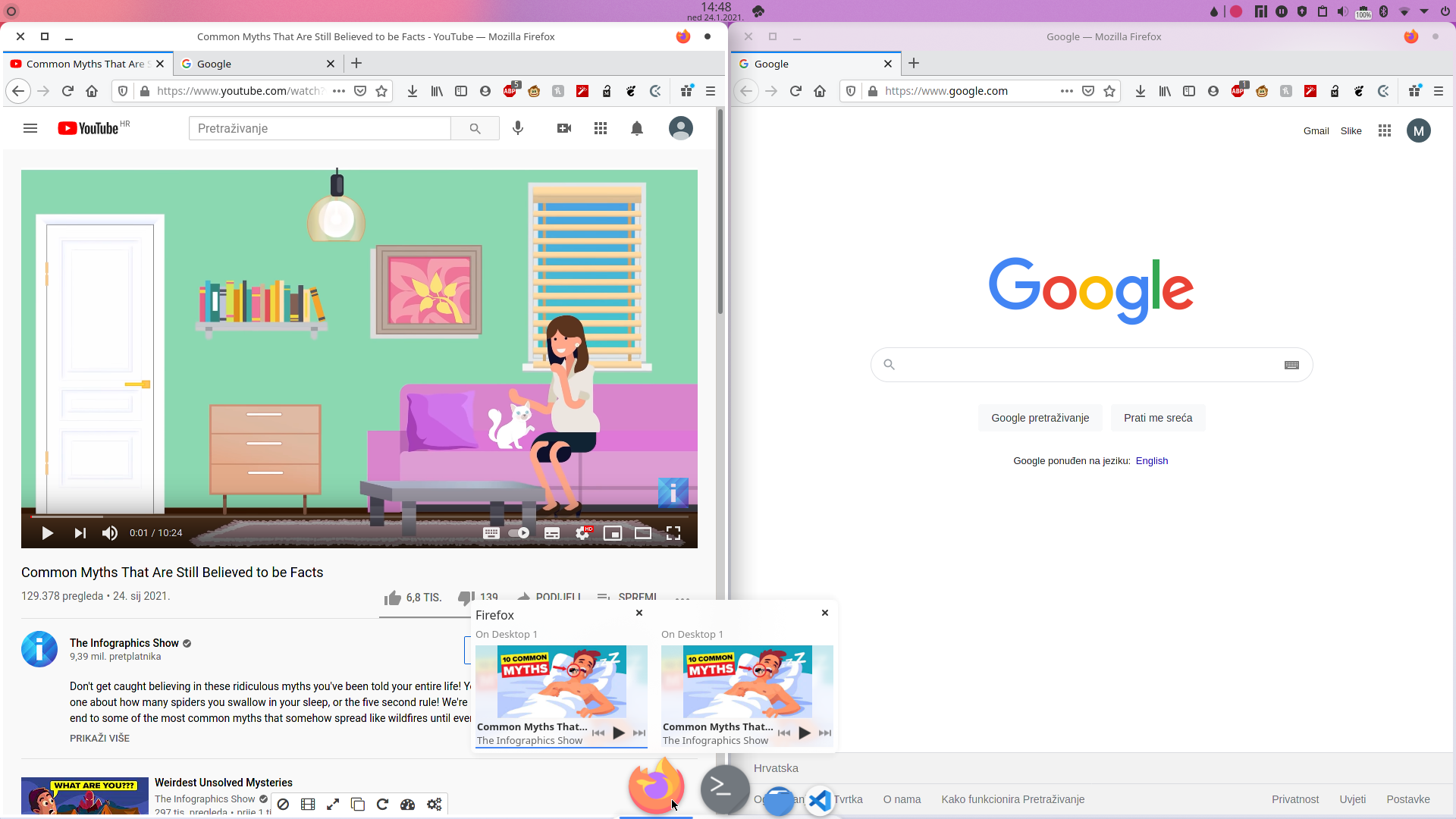 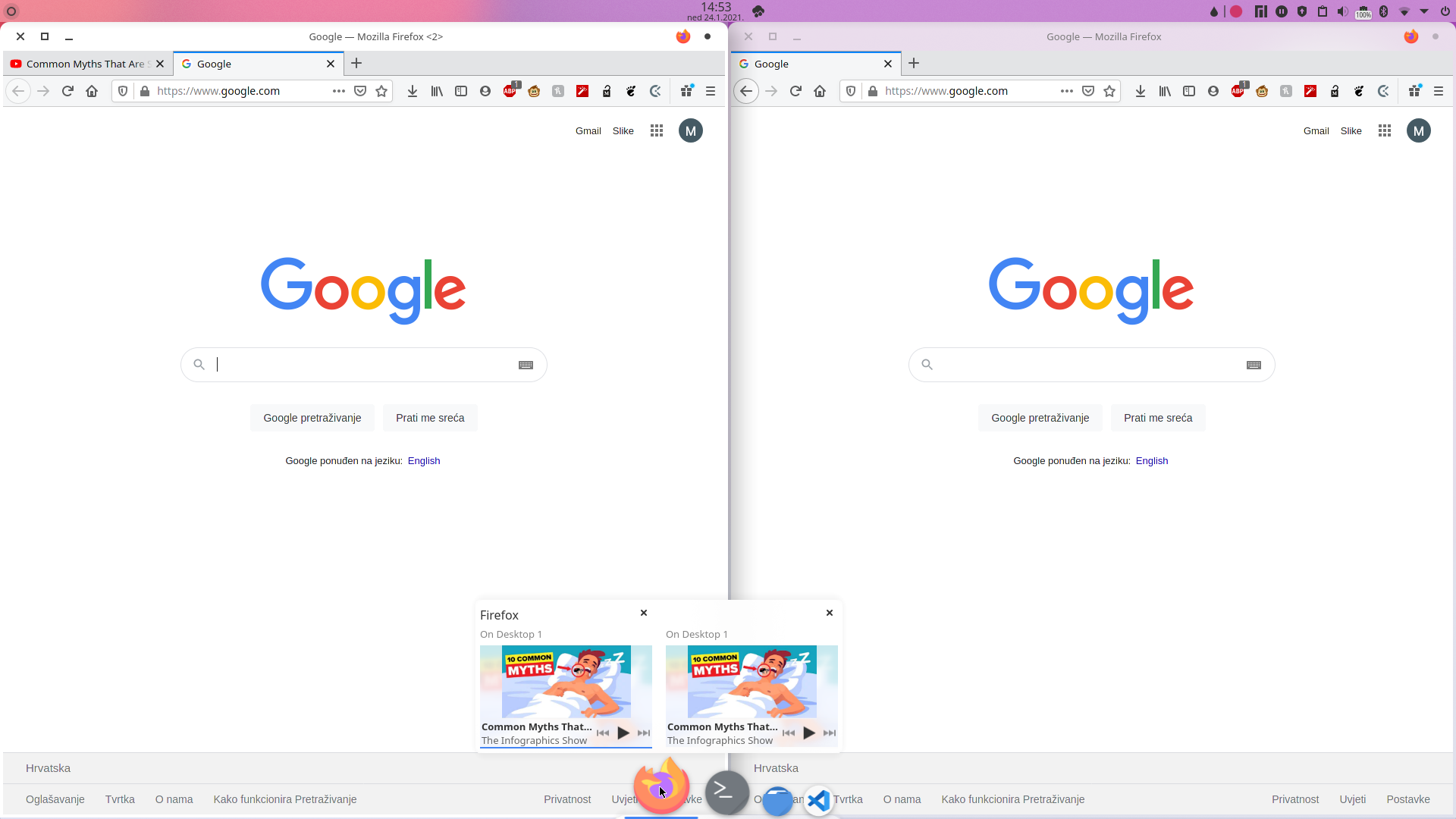