I noticed most emojis in preview emoji panel on emoji selection application are just squares, and those emojis which are similar, has the very same emoji preview. 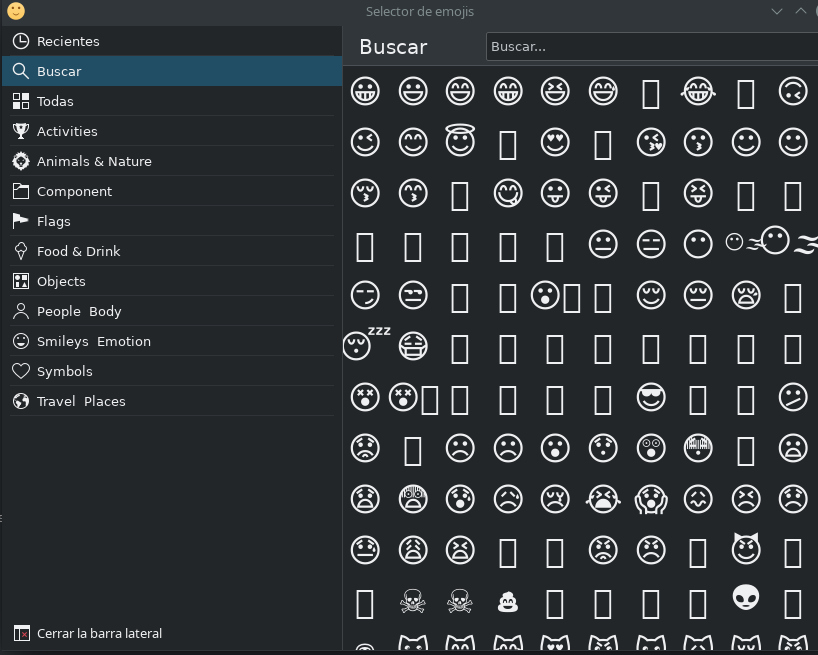 are previewed as the same emoji 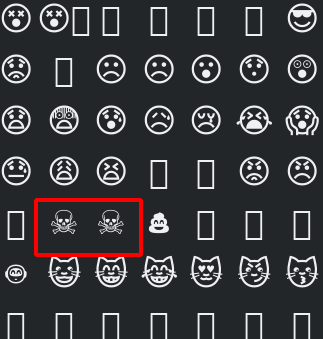 I don't know if this is caused because I have installed some font (I don't think so) or if everyone has the same issue. I guess it would be nice to show the final emoji not a "plasmized" one.