I think there might be a bug with Network Manager and I wanted to let you guys know so we can figure it out.

Issue: Some OpenVPN certificates don't work if they were imported via Plasma NM GUI. It just does not connect. Same OpenVPN cert works just fine if connected via the terminal Code: Select all

This seems to be a Network Manager issue as it is present in all Distros. If you do a (DuckDuckGo!) search for "KDE Network Manager OpenVPN not connecting" you will find a lot of threads without a solution, only odd advices to run a lot of commands in the terminal.

The one that worked for me, was this:

It adds a cert to Plasma NM GUI list, and it connects just fine when I click 'Connect'

Has anyone else come across this issue?

I need to distribute my cert to many Linux users who are, mostly KDE users. Running odd terminal commands is an extra layer of complexity. So I am trying to figure out why regular import fails with some certs. In this case with mine. Same cert connects just fine on the Android via OpenVPN app.

Let me know if we can investigate this or if someone knows what the problem is.

There is a problem with Plasma NM GUI importer as it imports some certificates incorrectly. Below are two ways I used to import the same cert. 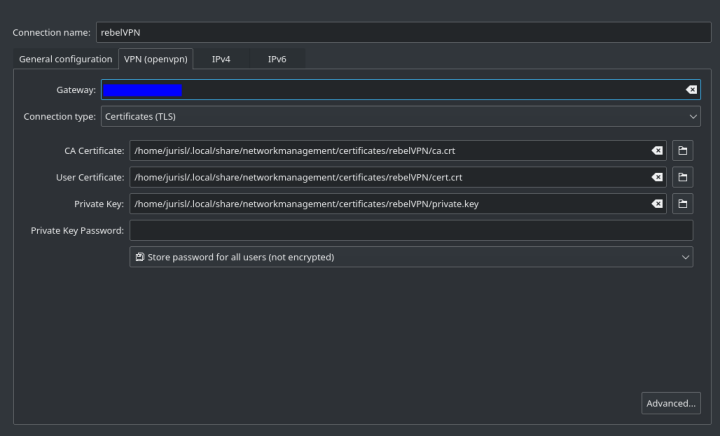 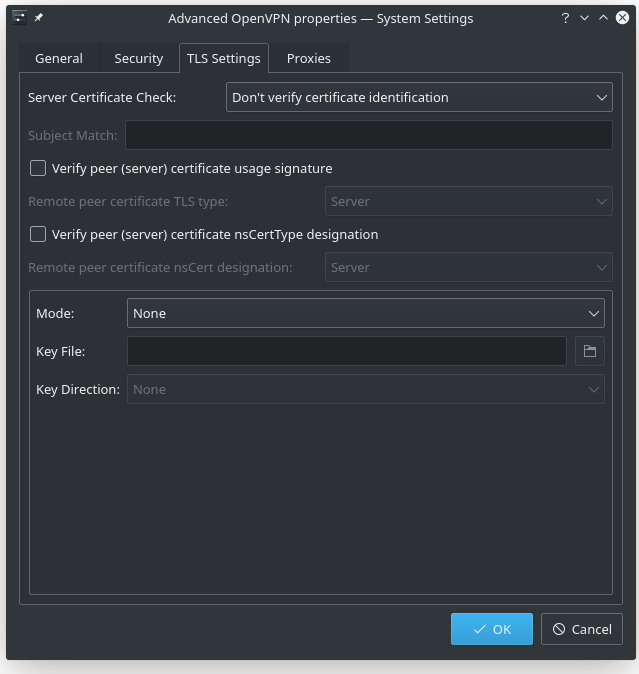 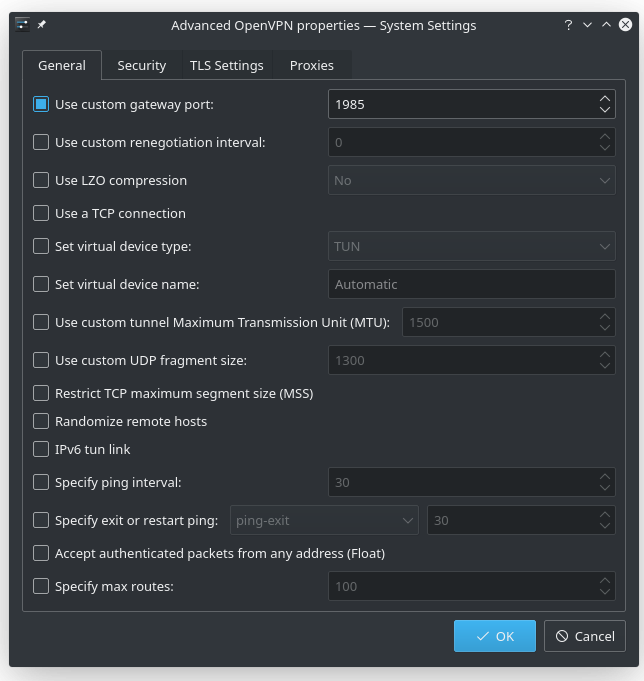 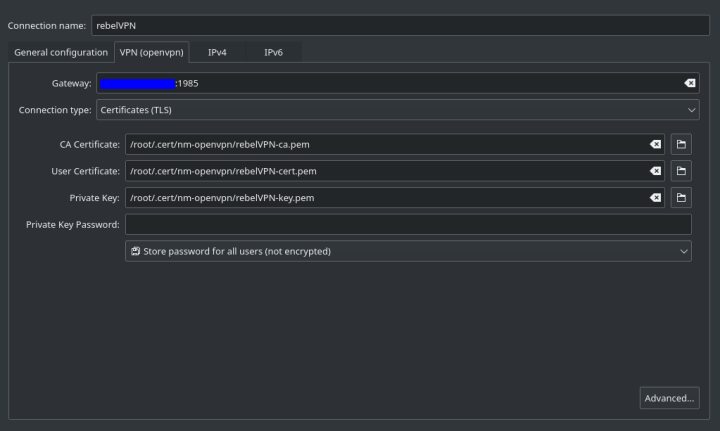 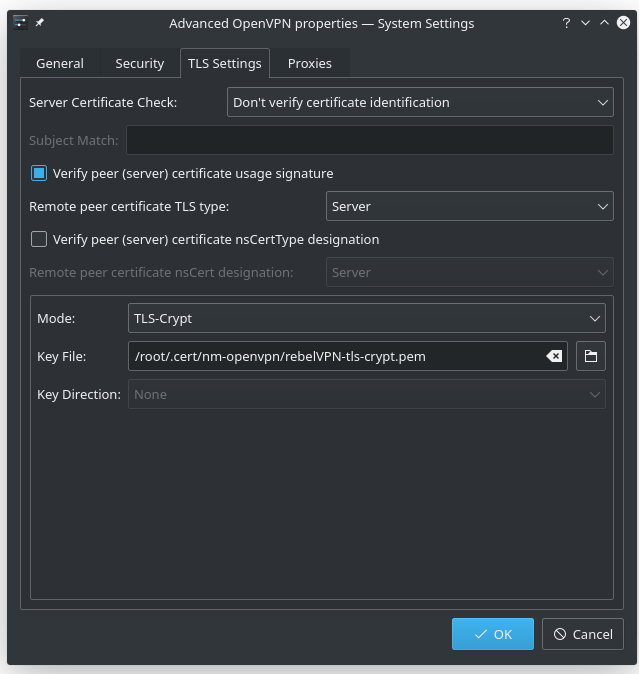 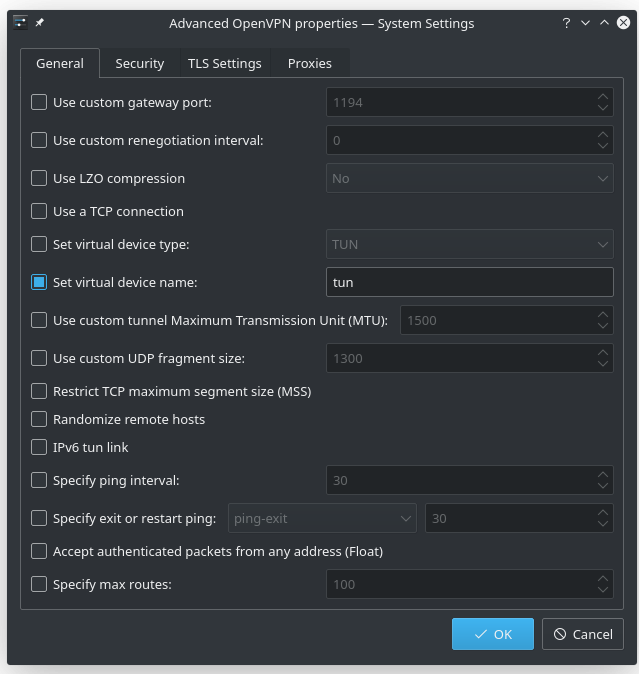 We can see there are differences. So Plasma NM import does not work and Terminal import works.