Skanpage is almost entirely written with QQC2 and currently only depends on KXMLGUI because of KAboutApplicationDialog. Skanpage is targeted towards desktop usage at this point, and does not use Kirigami pageStack and the AboutPage is not easily usable. However, I would like to remove the rather heavy KXMLGUI dependency by replacing the KAboutApplicationDialog with a QML based one. Factoring out Kirigami's AboutPage into an AboutApplicationItem is relatively easy as shown here, where the information is displayed in a separate window: 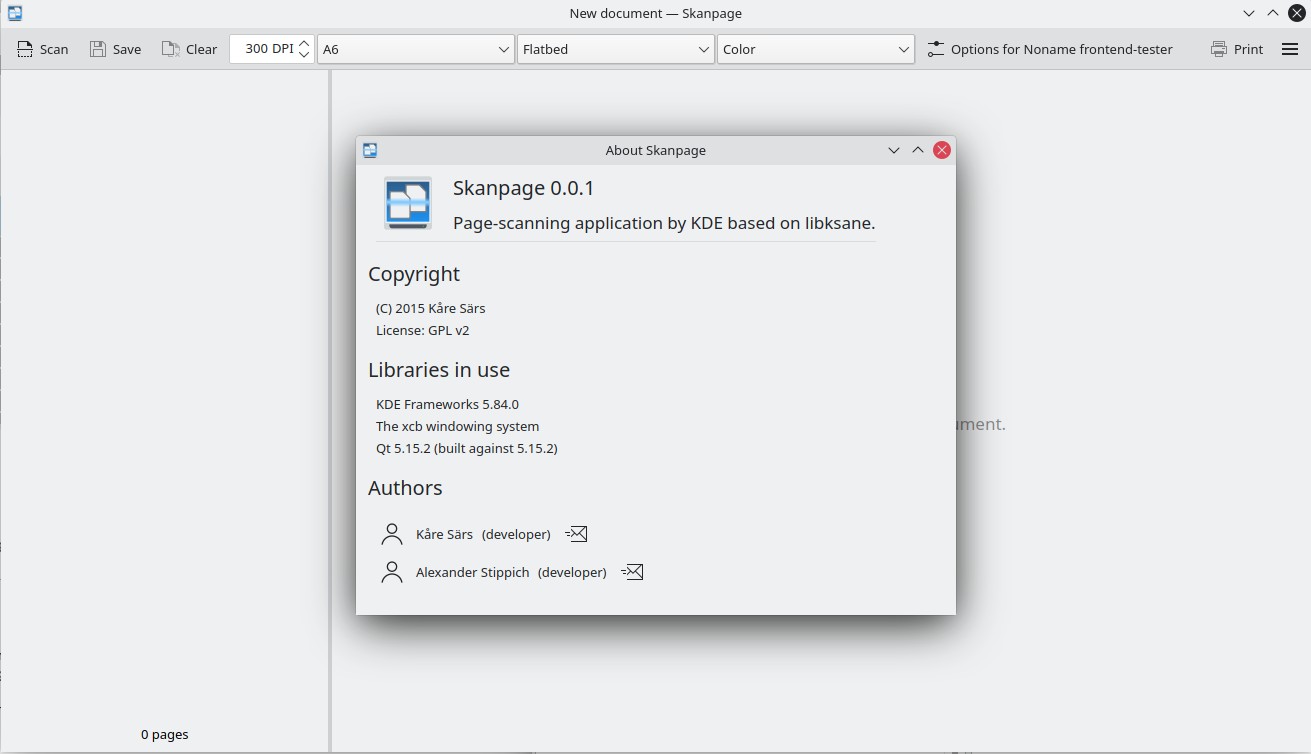 However, the dialog looks different than the KAboutApplicationDialog, namely the tab layout is not there. Should it look the same regardless if the QML version or the QWidget-based one is used for desktop applications? Is such a component with a tab layout and its target towards desktop applications within the scope of Kirigami?

Should I post the patch to separate the AboutPage into an AboutApplicationItem (or something similar), or should I create a separate component with a tab layout? Would such a component go into Kirigami?

This is also kind of related to #15. At some point I would like to add configurable shortcuts to Skanpage, but this also requires KXMLGUI at this point.