This MR is an implementation of the "enclose and fill" tool proposed in https://phabricator.kde.org/T14993. It is inspired by the tool of the same name present in Clip Studio Paint.

The goal of the tool is to fill shapes of the image that lie inside a user-defined region. The user just provides a rough region around those shapes and the tool tries to find the shapes themselves and fill them:

Here is a video showcasing the tool:

Since the MR is a bit long, I'll write about the relevant changes to external code first and about the code of the tool later:

I tried to keep already existent code untouched as much as possible, but some changes where needed:

Since most of the options work like in the fill tool, I'll explain the first two points:

The users can choose which regions inside the enclosing mask should be selected. Basically they can choose to select:

I can explain further each method if needed.

There is an issue when I use the KisPixelSelection::invert (use the invert option or one of the surrounding color region selection methods). Basically when I invert the mask I have to also intersect it with the enclosing mask to avoid having selected regions outside of it. But it seems that some regions outside the image are not removed. In the following image I first filled with the brown color and then with the green and there can be seen the border outside in the thumbnail. The method used is "regions surrounded with specific color", which has to invert and intersect the mask, but the same happens for example with "select regions of a specific color" method if we check the invert box:

Edit: It seems that this unwanted border is thin but the effect gets exagerated if a large grow value is set in the fill options. 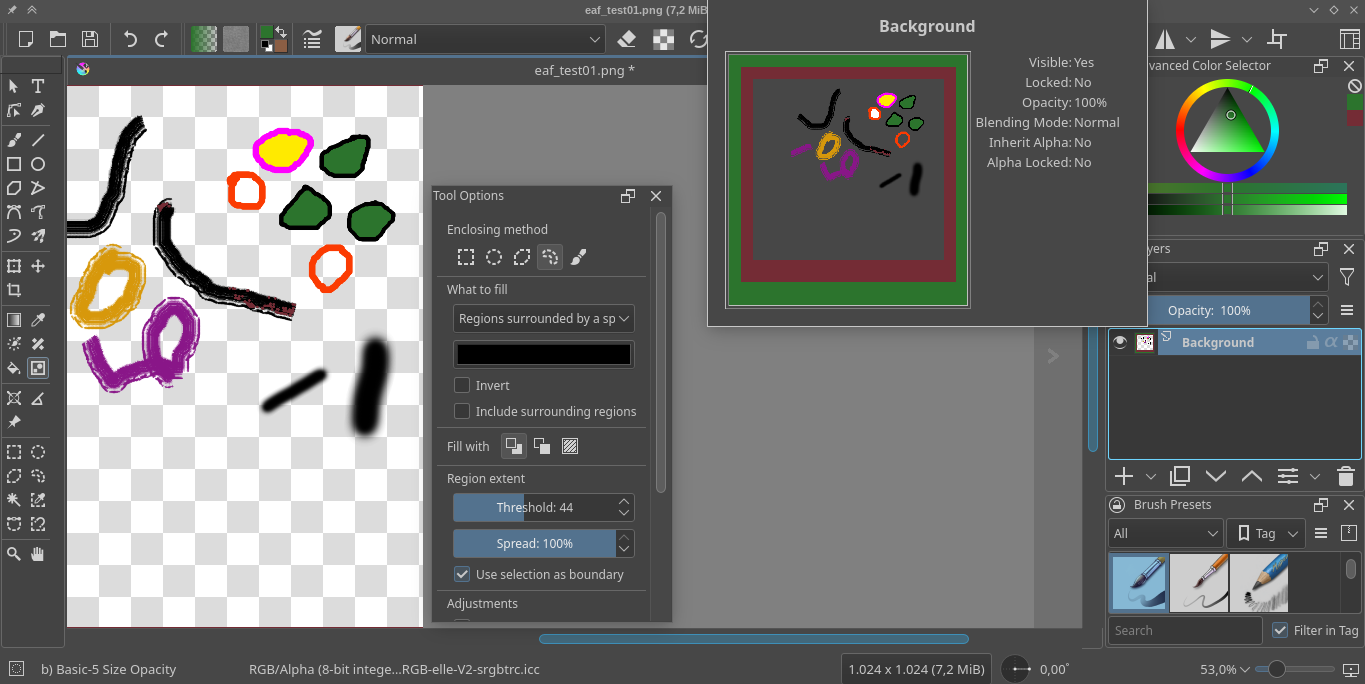 (Tell us how to test the changes you made.)