However, considering my use case where I simply set the integer to 0 to disable borders entirely, and that the previous solution was rather complex in config (0 to 100 pixels vs presets or a toggle), I've reworked the request into a single toggle to disable borders within the Grid effect. 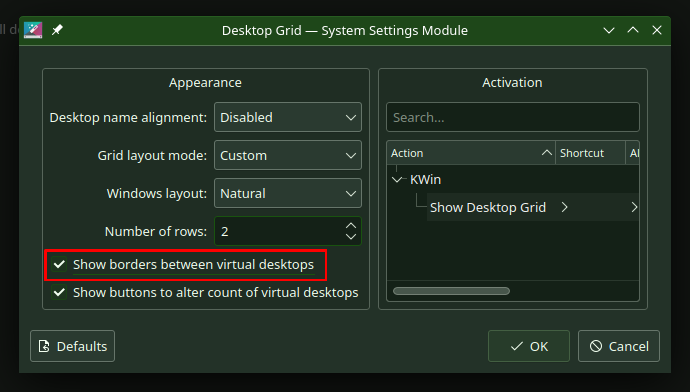