The Task Manager tooltips now have logic to avoid showing album art for tooltips where the window title doesn't include the media name. This makes sense for the case of a multi-window app, where it almost perfectly solves the problem of the album art appearing on all of the tooltips rather than only the relevant one.

However this check does not make sense for single-window apps, where the only thing it can do is cause an app to erroneously hide the album art for playing media because the app doesn't include the media name in its window title. Elisa is one such app, and there are probably others too. 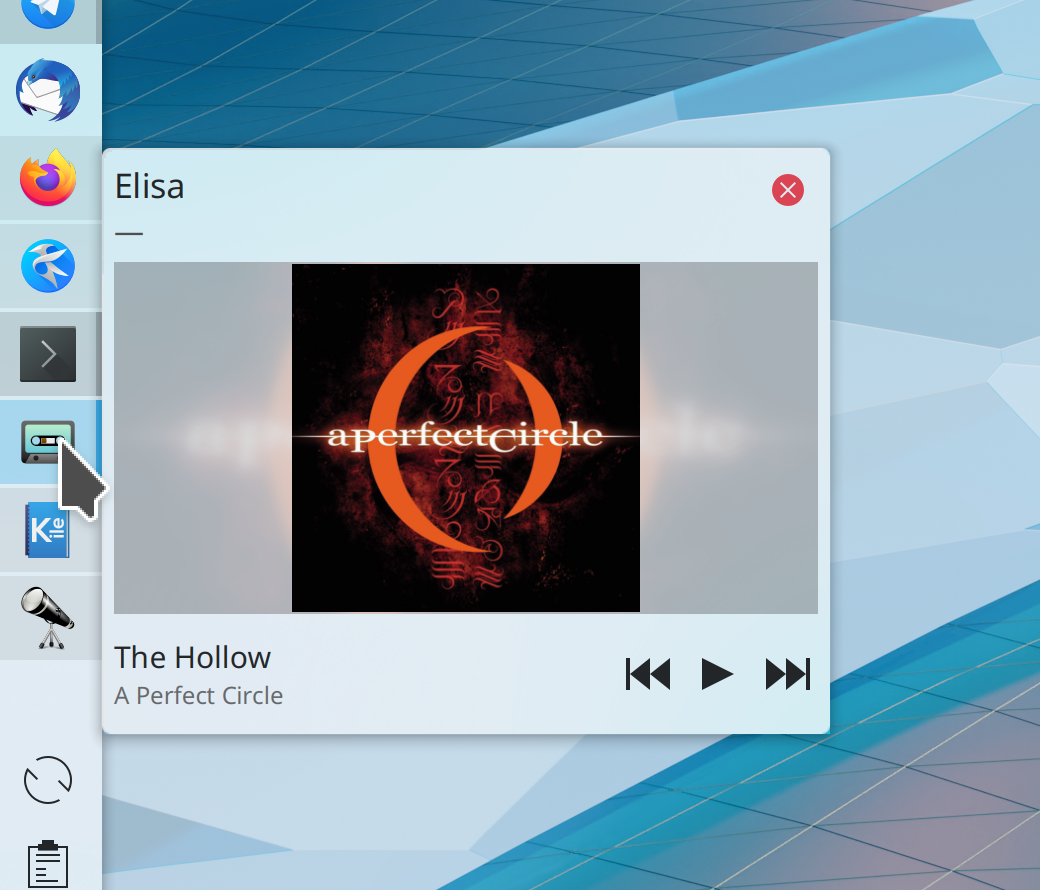