Right now this setting is on a footer, which is kind of in-your-face for a setting that you're probably to to change once and never change again. We've had some complaints about it.

Since it was moved to there, we have introduced a new paradigm of putting these kinds of infrequently-but-sometimes-changed settings into the applet's hamburger menu. So let's do that to visually clean up the applet a bit and make it more consistent with its sibling System Tray applets.

We didn't have a perfect icon for this so I just used an upward-pointing arrow in the meantime, which seemed sufficient for now. 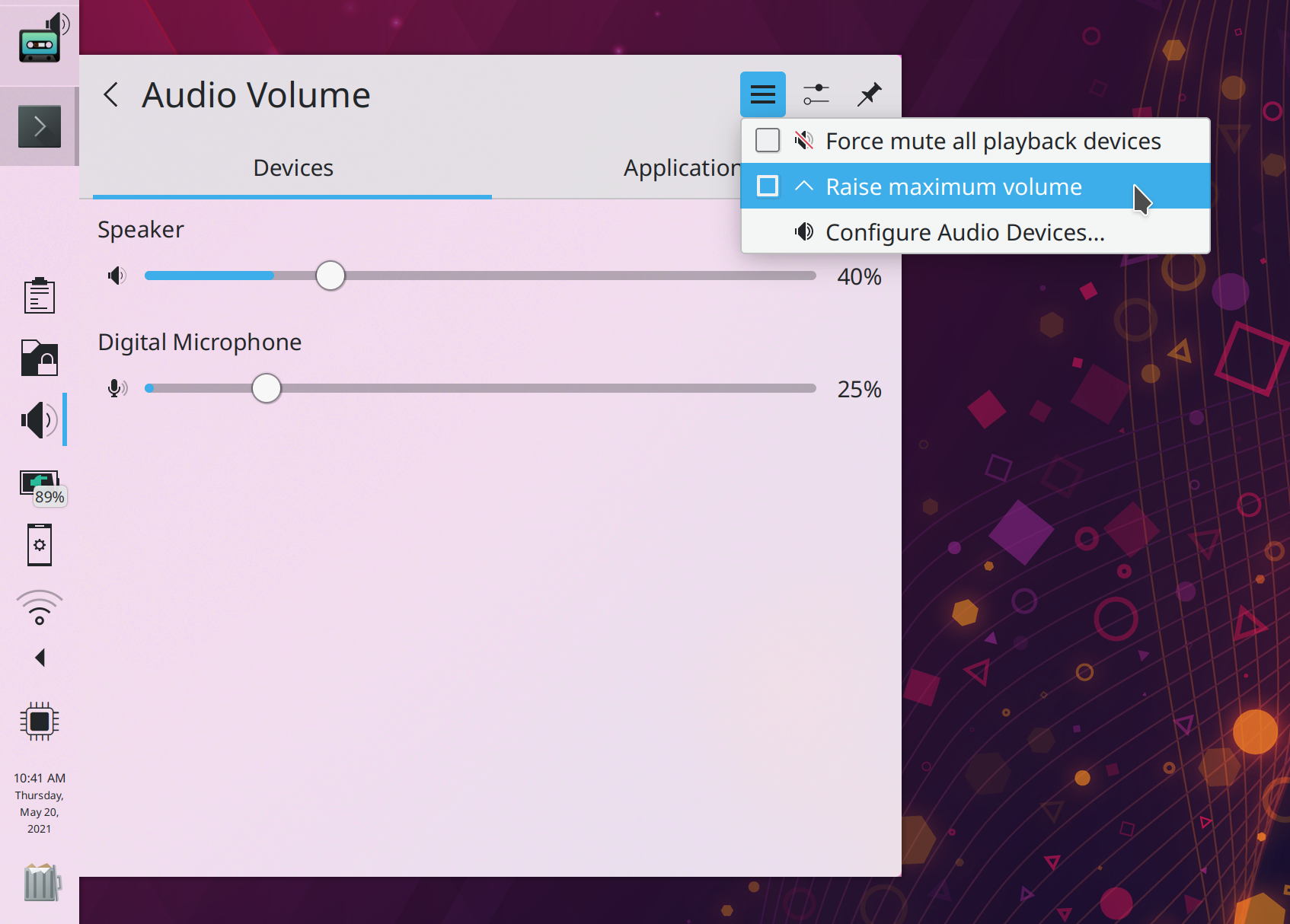 My plan for later in 5.23 is actually to move all of the global sound settings out of this applet and into the KCM, which is more sensible place for global settings to live. Then the configure action will simply open the KCM, exactly as we already do in the Clipboard, Battery & Brightness, Networks, Bluetooth, Disks & Devices, and Printers applets. Then finally all of our System Tray applets will only expose applet-specific settings, and global settings will all live in their respective KCMs. However that's a bigger task which I have not yet had the time to start on. :) So this is an interim step to improve the UI in the event that I don't manage to finish that up for Plasma 5.23.