Over the past few Plasma releases, we've moved towards generally putting applets' actions into the header in the form of icons-only toolbuttons. A requirement is that the icon be fairly universally recognizable, which is the case for the "plus sign" icon used to add a new vault. Accordingly, let's move the button into the header for the system tray representation. The button remains in its current location for panel or desktop representations.

Internally, this is done by defining a new action--which is automatically consumed by the system tray and displayed in the header--and making the other "New vault" buttons pull their text and actions from it.

In the System Tray: 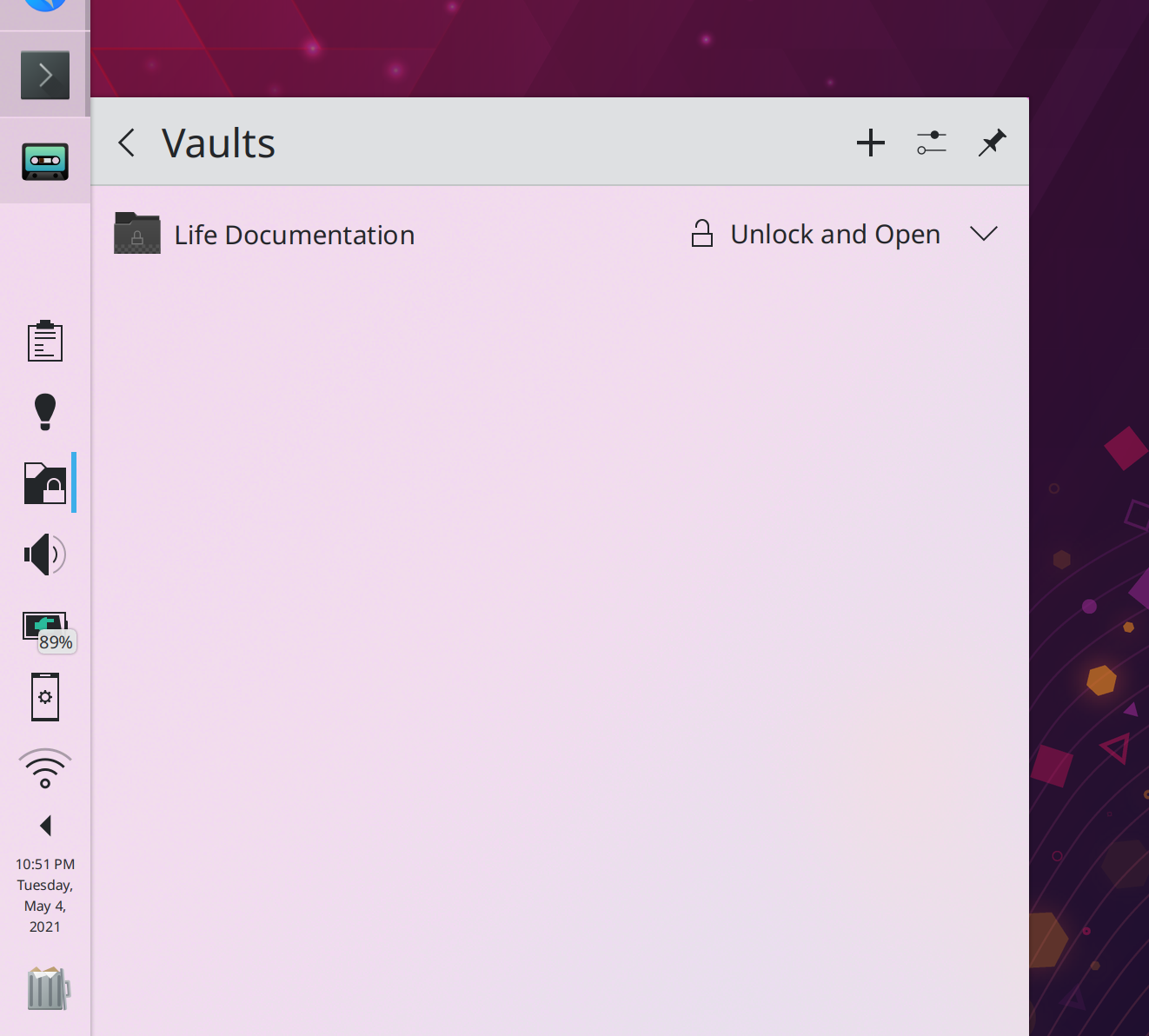 As a desktop widget: