Right now the default action is to unlock the vault but not show it in the file manager, which is a valid use case but probably not the best default. Most of the time when you open your vault, you want to somehow directly interact with its contents. Accordingly, "Unlock and show" is made the default action, and "Unlock" (without showing" is made a non-default action in the expanded actions view.

Additionally, the "Lock Forcefully" and "Unlock" actions are made mutually exclusive such that only one is showing, because the other is always irrelevant, depending on the state of the vault.

How it looks now: 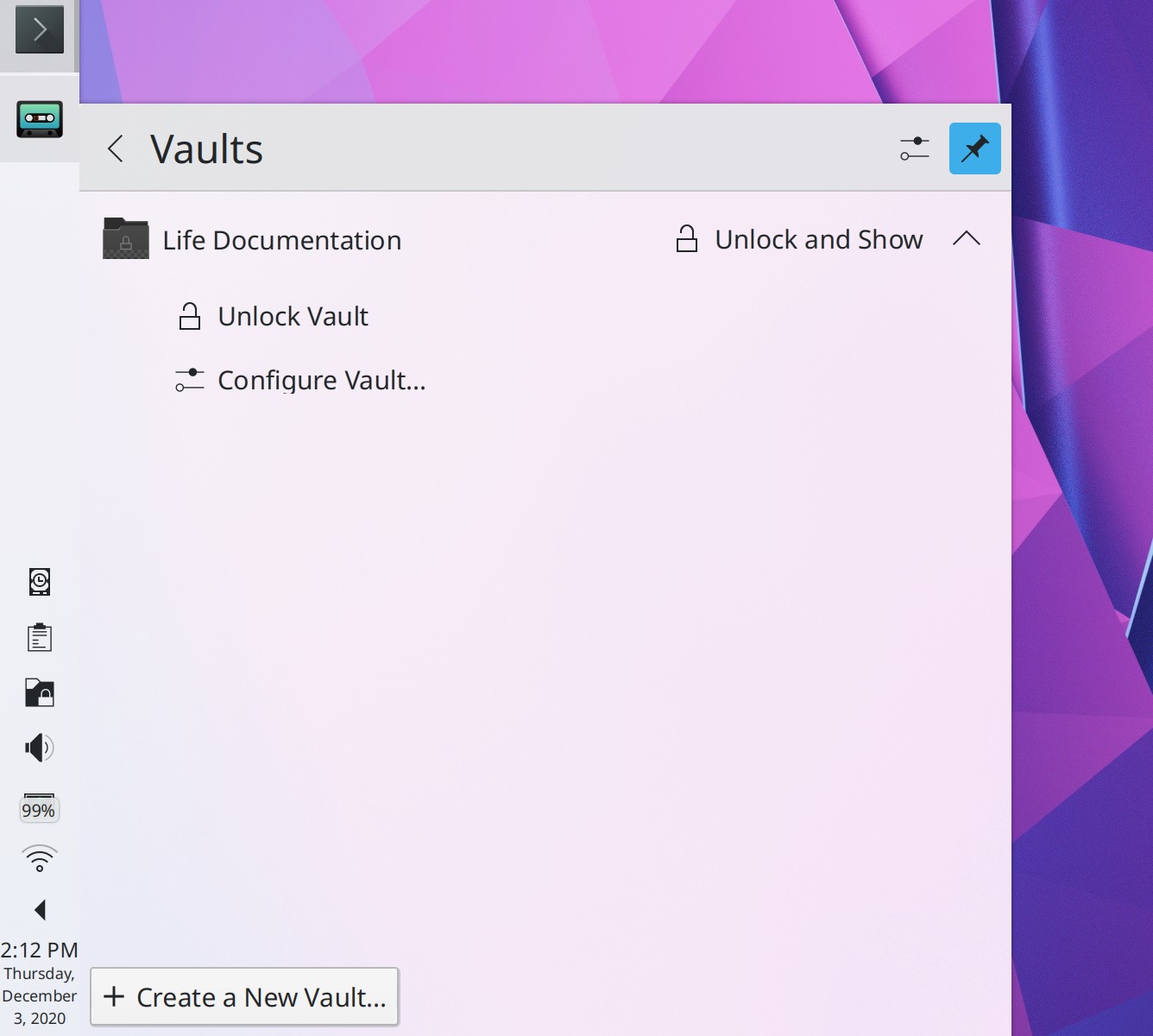 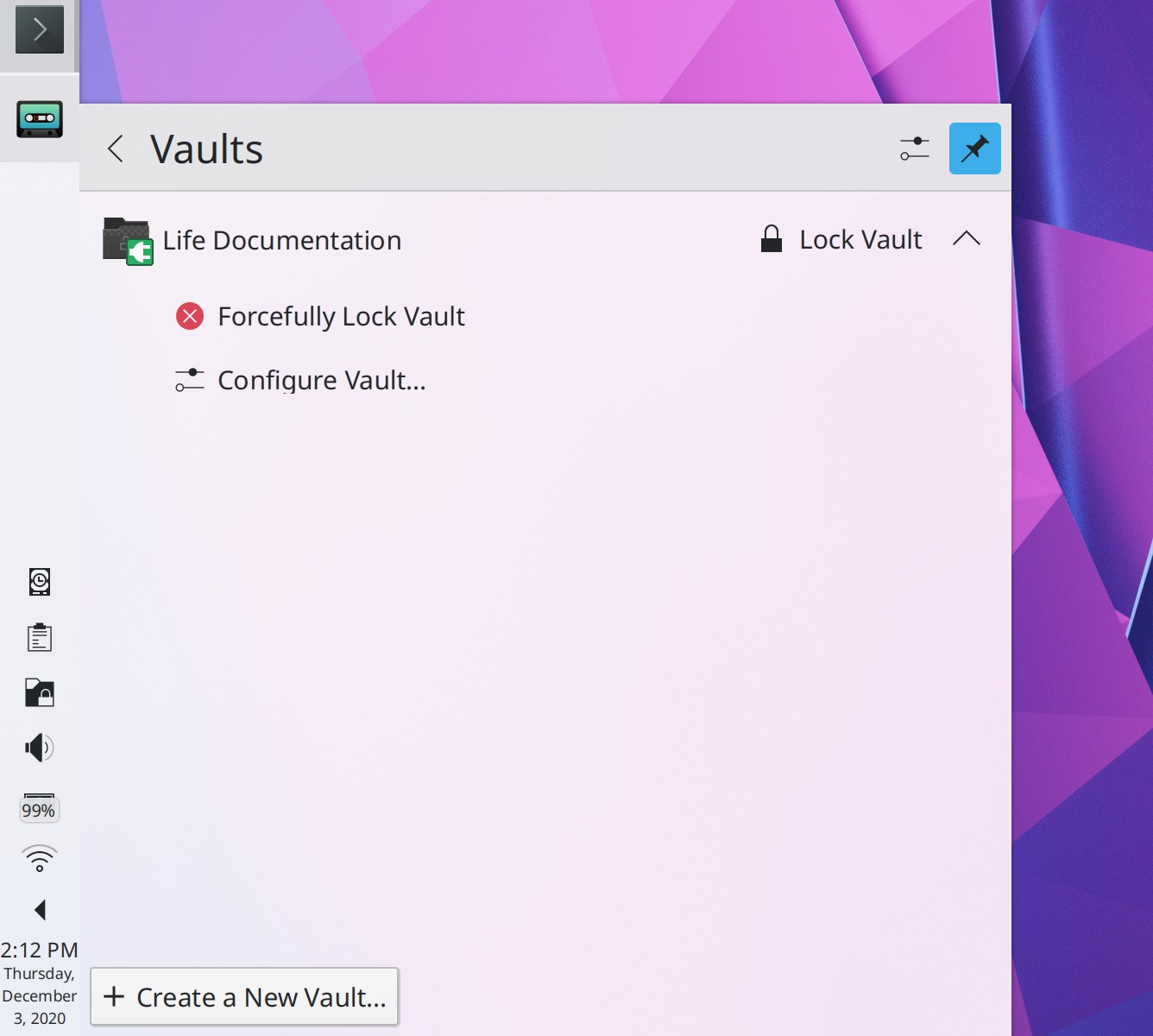