This merge request redesigns Global Theme, and makes reuse of some existing seemingly unused code in the KCM. The redesign is largely based off @ngraham's design ideas, as well as some of my own, subject to change as per VDG feedback.

Highlights of this redesign include:

This merge request is not yet complete, hence the 'Draft' title, as there are numerous issues that need to be knocked out of this before it can be considered ready for merging, as well as some stuff left to do in the MR, such as:

Before (borrowing this image as it shows Global Theme in its current state): 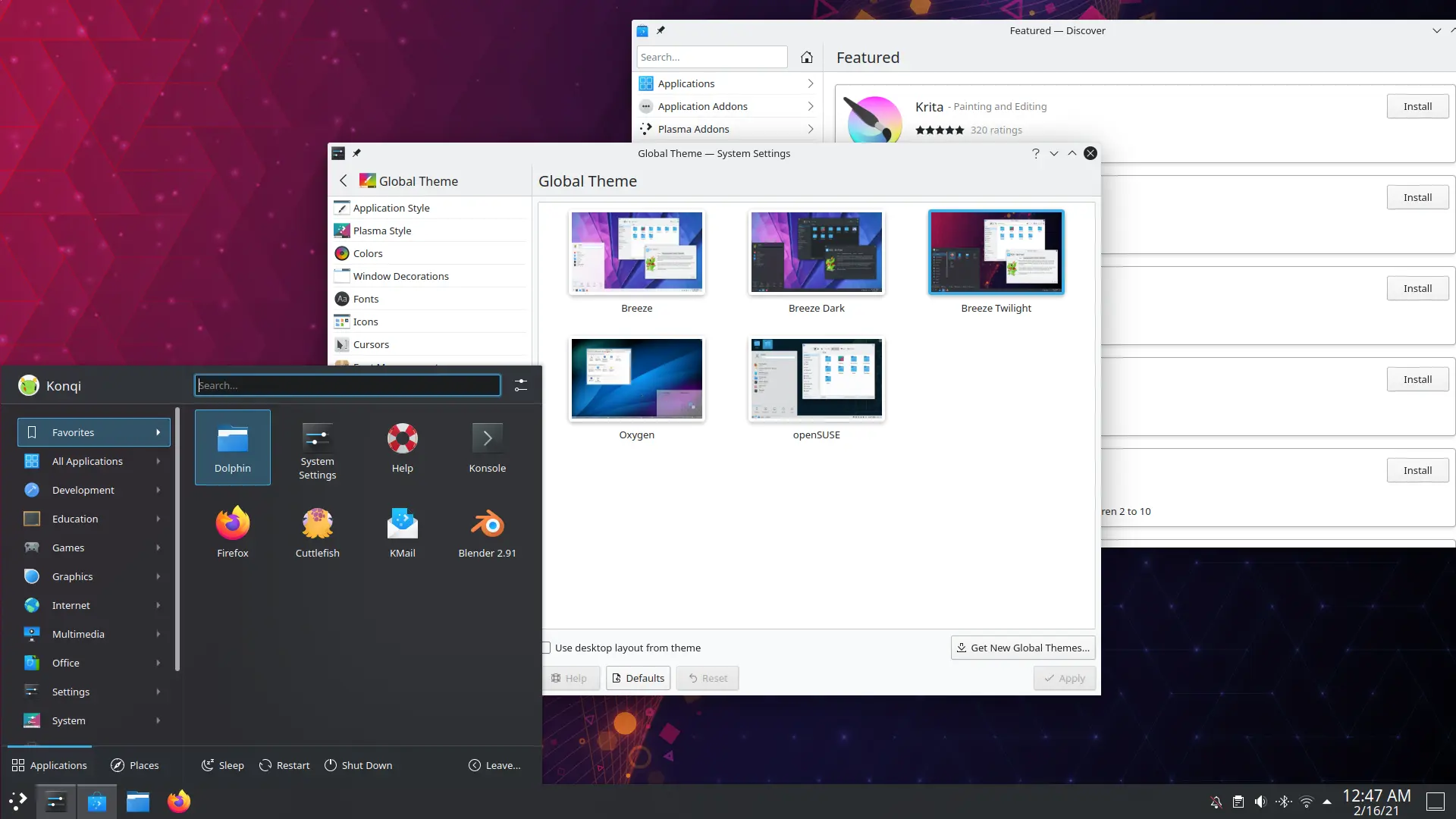 After (ignore the 'DEBUG PLACEHOLDER' category): 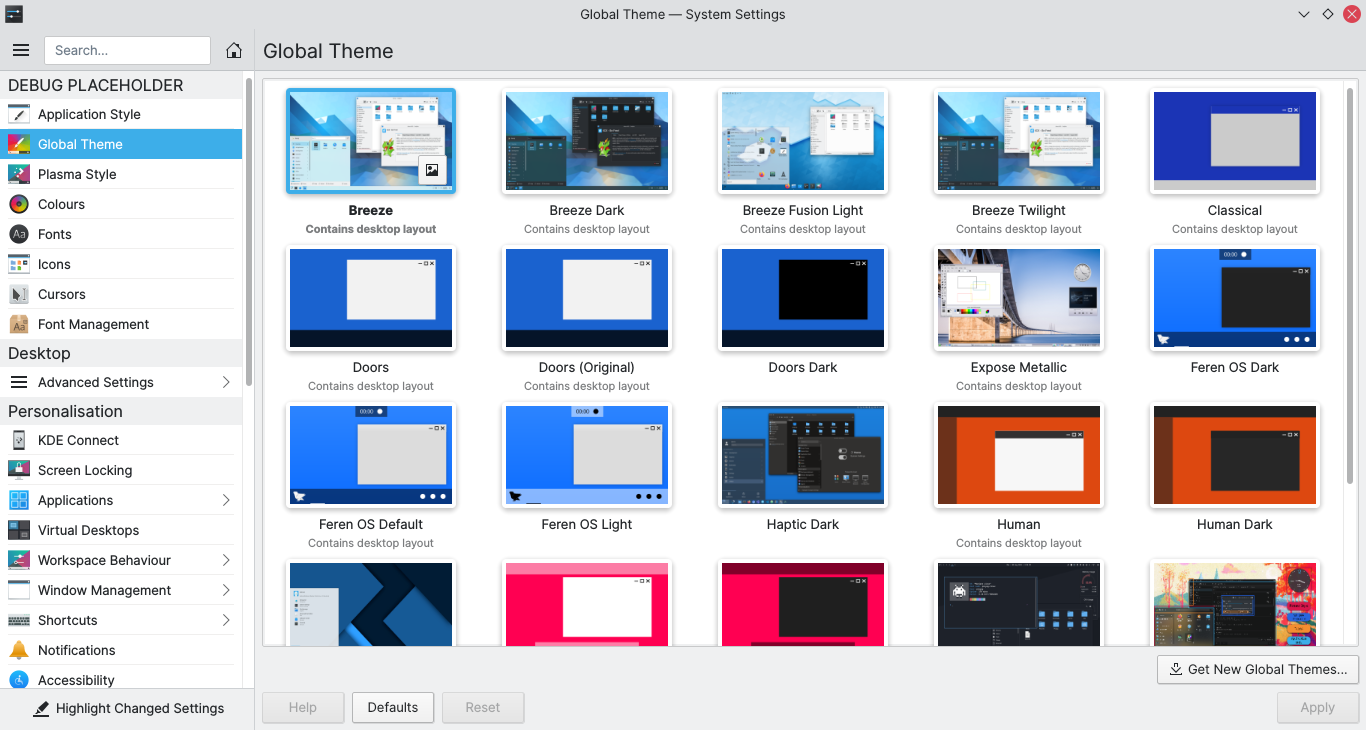 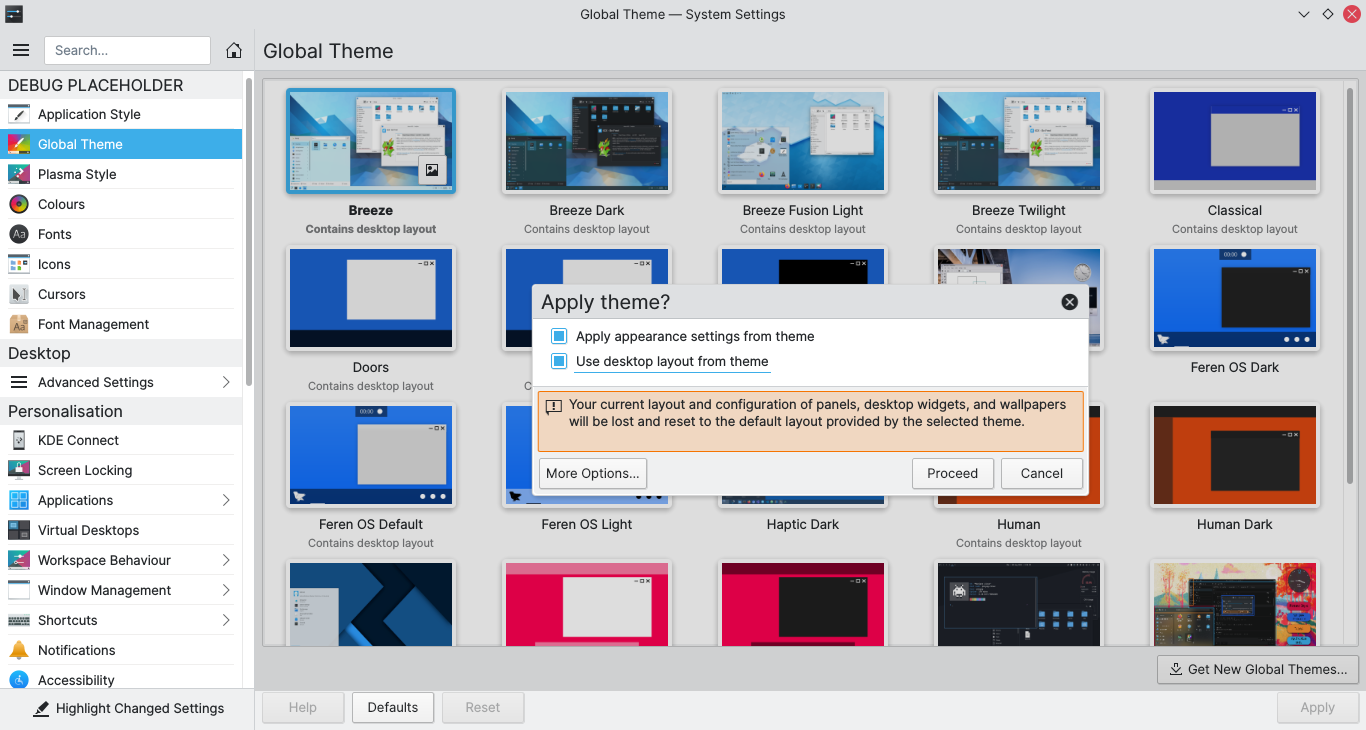 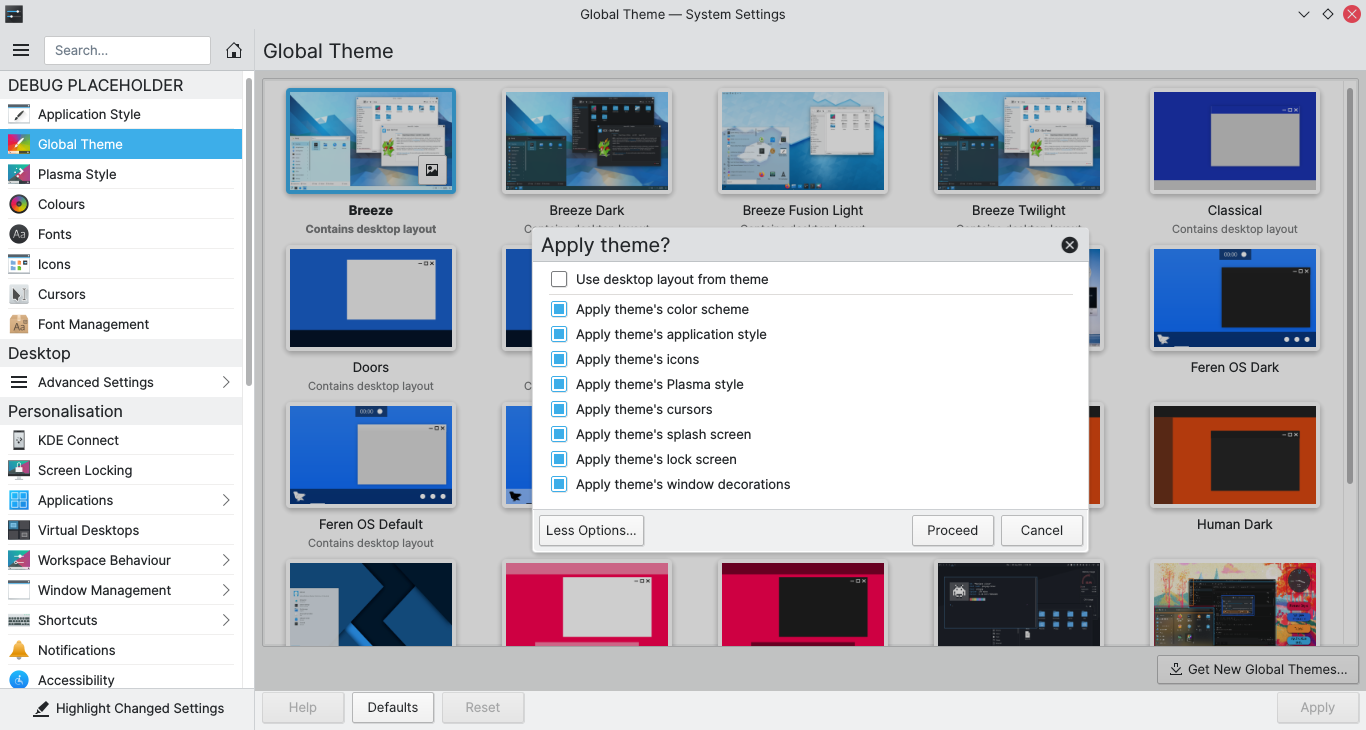 Other Notes and bugs to squash: