Before Plasma 5.20, the system tray icons were always 22px in size and became multi-row/multi column as the panel increased in thickness.

So far in git master/Plasma 5.20, we have exposed the existing iconSize setting to the user to allow them to determine for themselves how big they want the icon to be, or whether to be multi-row/column.

However this is not exposed very intuitively, as you have to already know that the icon size determines the number of rows/columns, or that the largest "Enormous" size produces an auto-scaling icon behavior. In other words, the UI reflects the implementation, rather than the user's expectation.

This commit changes around the UI to more closely approximate what the user is likely to want to configure: the number of rows/columns. The new default setting is an "automatic" mode, which approximates the 5.19 and earlier behavior whereby the system tray switches to a two-row/column view when the panel becomes thick enough. In addition, users can now force it to always display one or two rows/columns.

A major difference is that no matter which setting is set, icons now always expand to fill the available space, which brings them in line with the margins used for other Panel widgets. 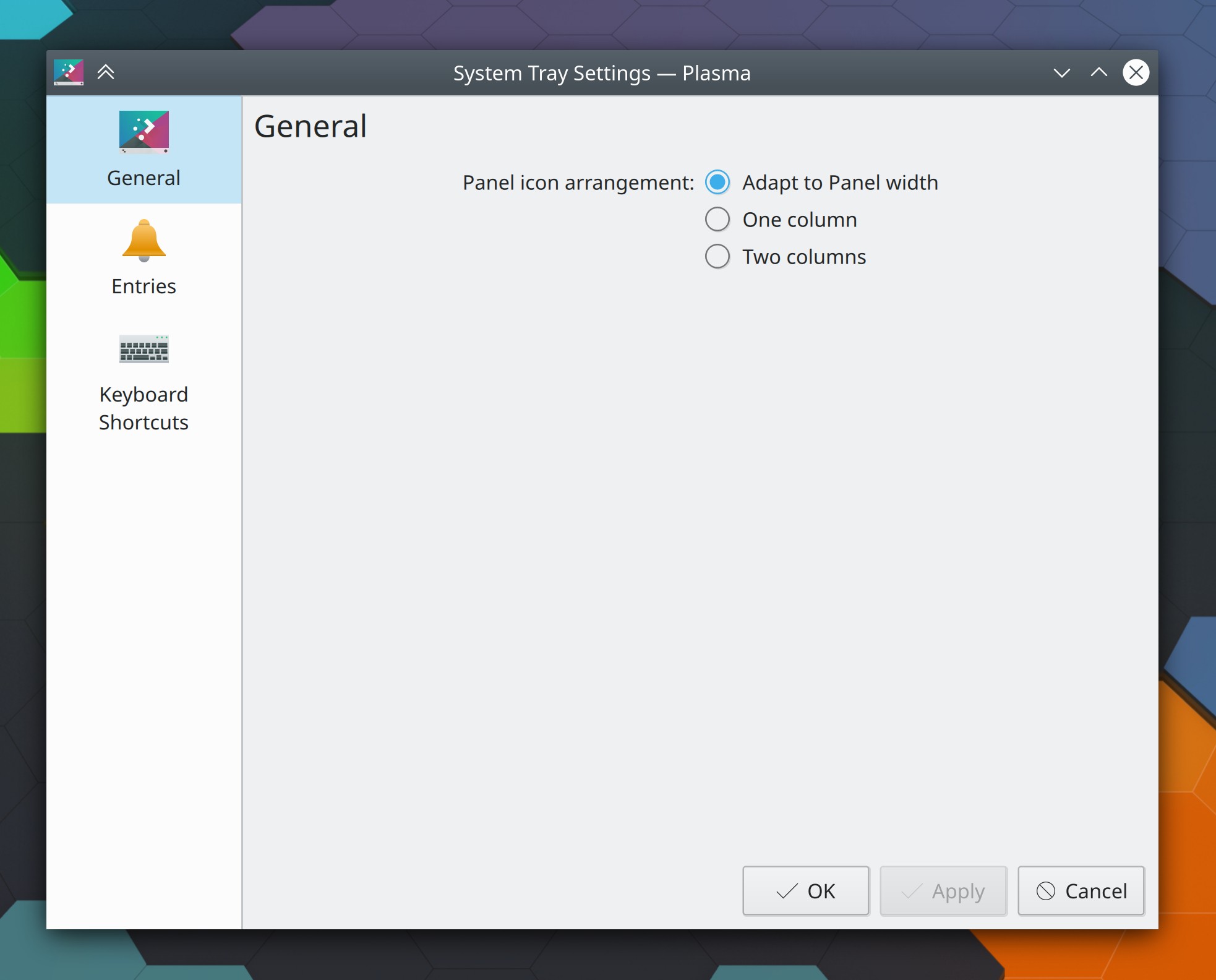