Currently there are three options for Tray icon sizing/arrangement:

After consultation with VDG folks and many discussions, we discoveed that the latter two settings are kind of useless and are unlikely to satisfy anyone. Instead, what some people will actually want is a way to return to the pre-Plasma 5.20 style, with one or two rows/columns of small-ish, fixed size icons.

This commit changes those two options to provide exactly that, allowing people who don't like auto-scaling icons to return to the way their System Tray looked before Plasma 5.20, and can also be used for global themes which are trying to emulate Windows or Cinnamon, which have tray icons like this.

Here are the new options and how they look: 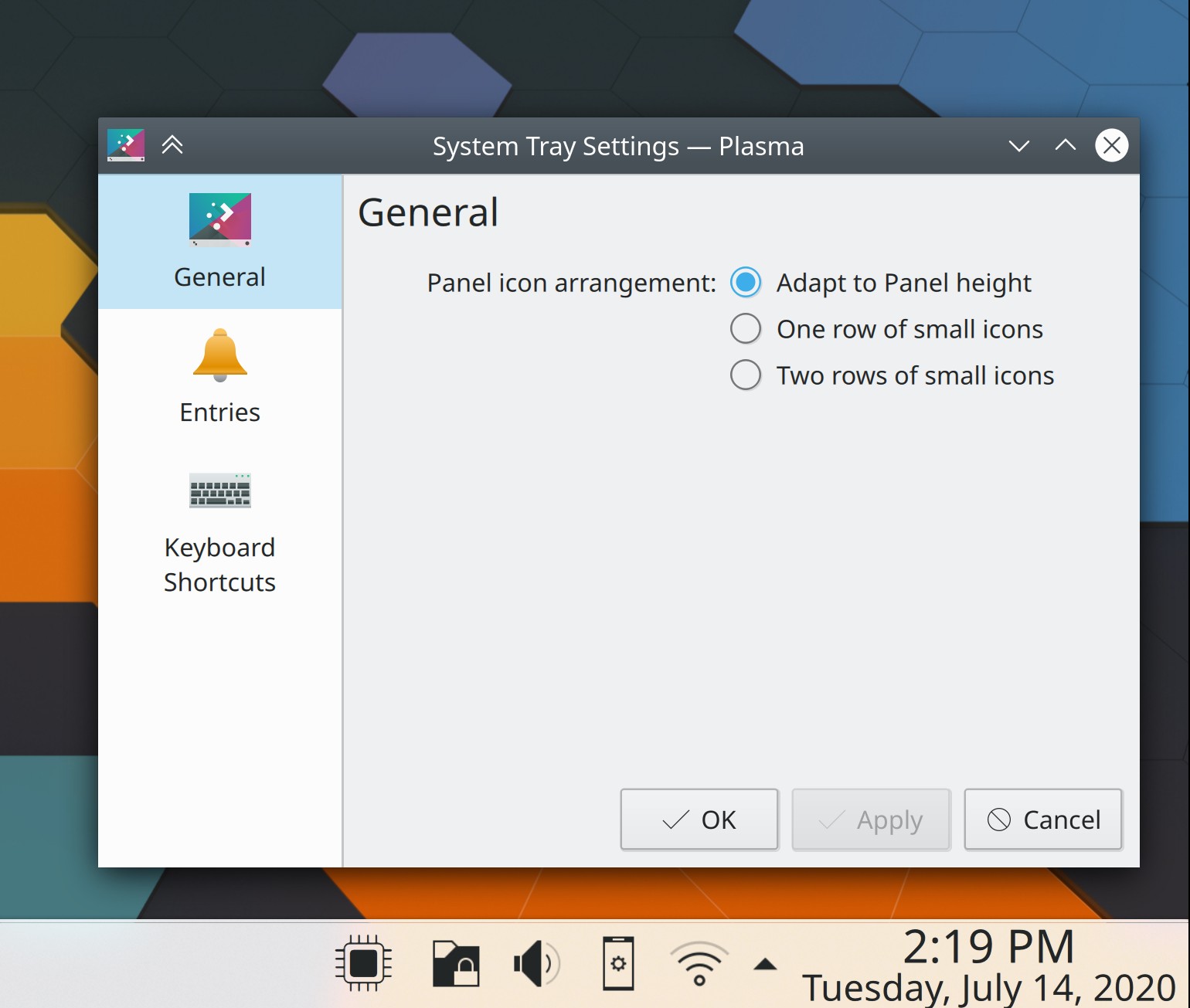 One row/column of small icons: 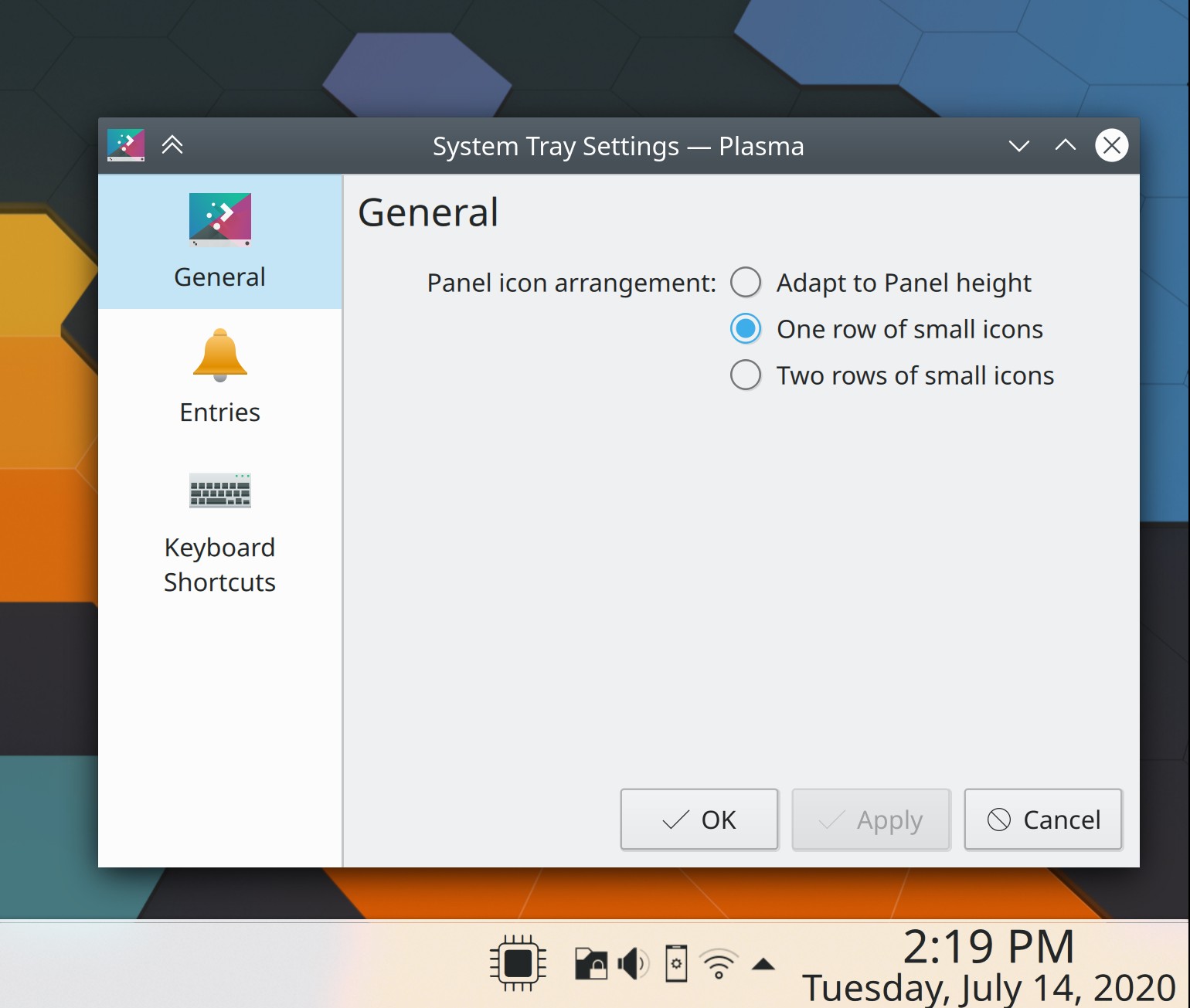 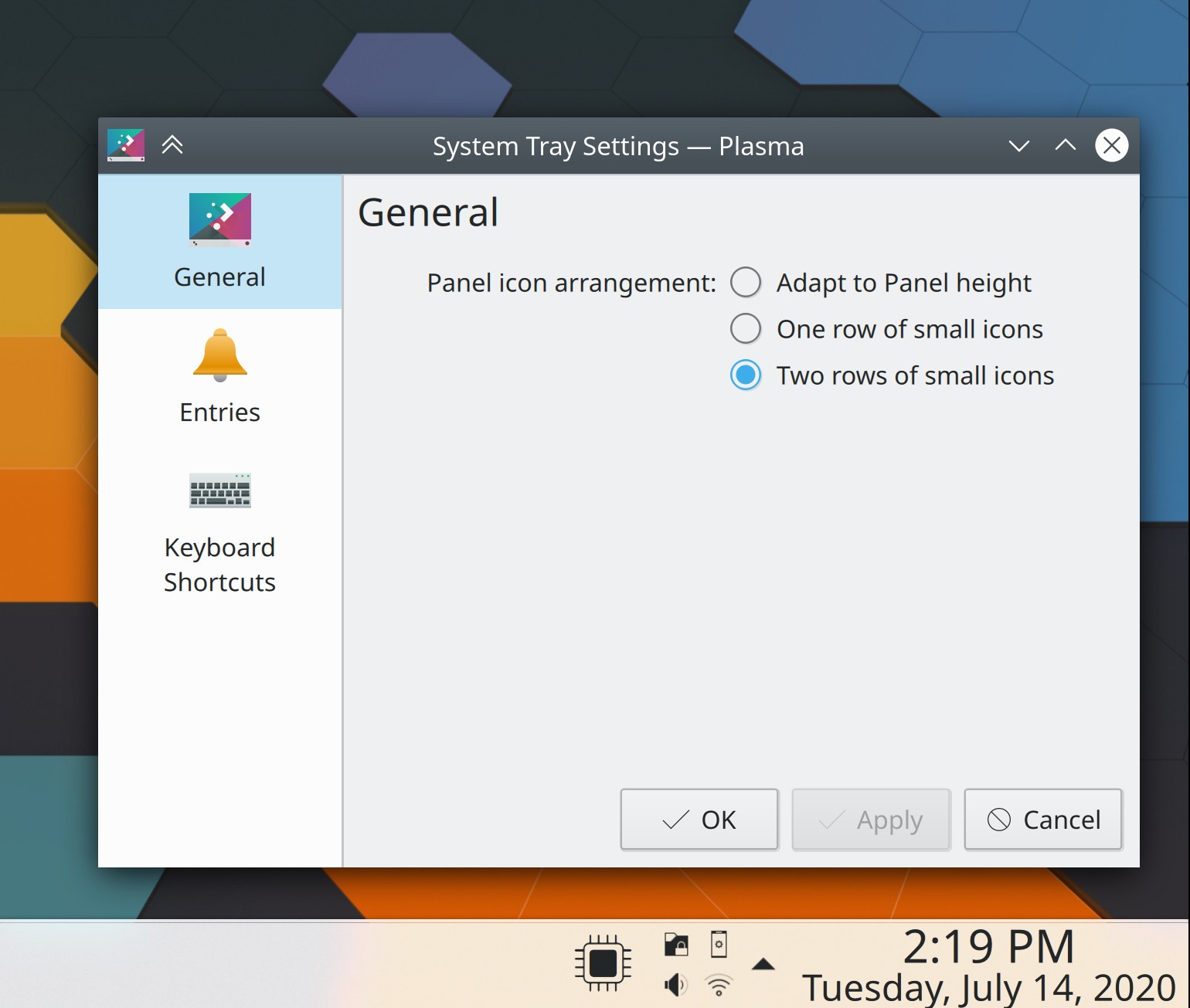 There is also a warning when you use the two-row/column layout with a panel thin enough that it will look bad: 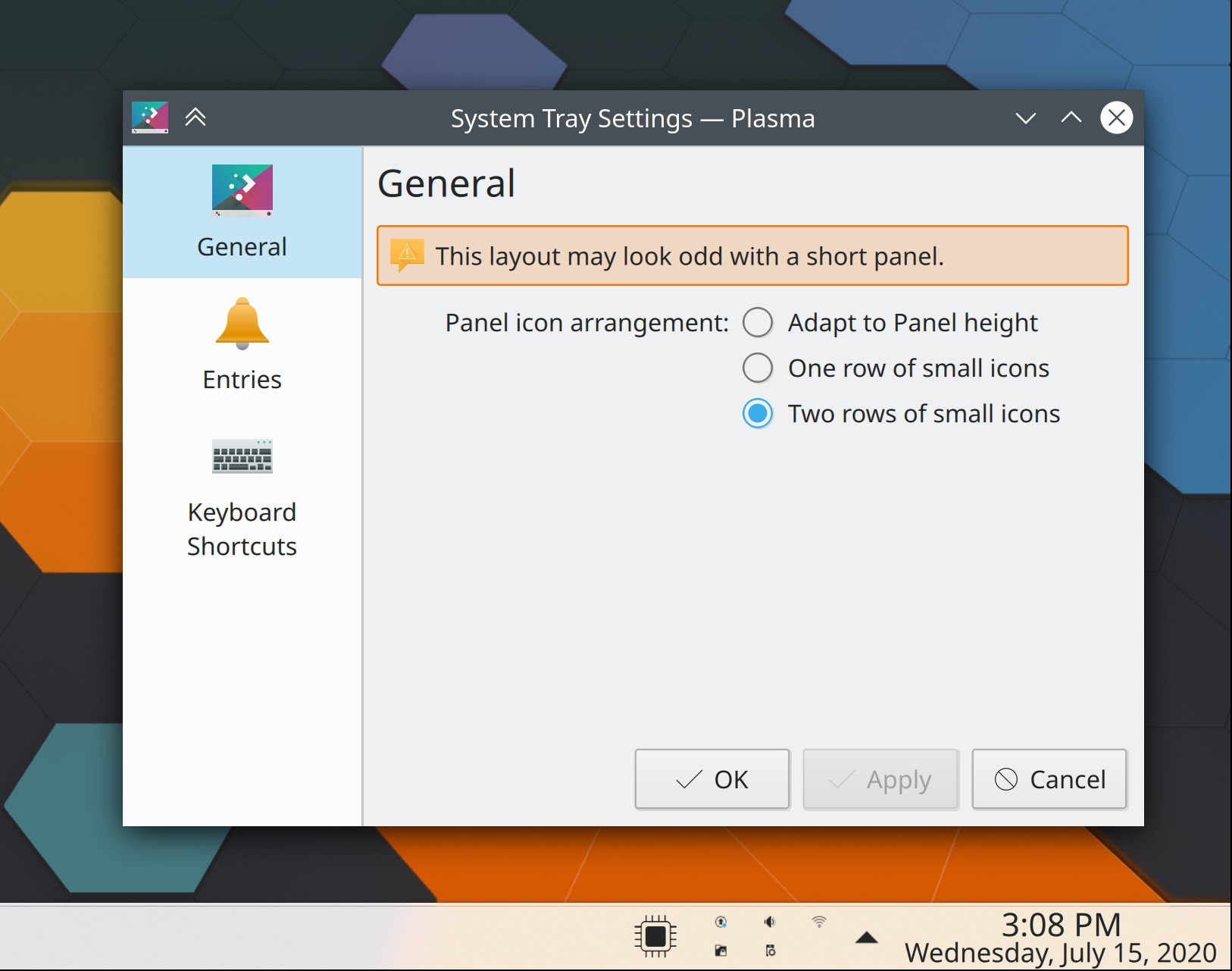