The power management inhibition UI is currently somewhat confusing to users because it's not clear that the checkbox is a local override for the permanent settings set elsewhere in System Settings.

Let's clarify this UI by doing the following: 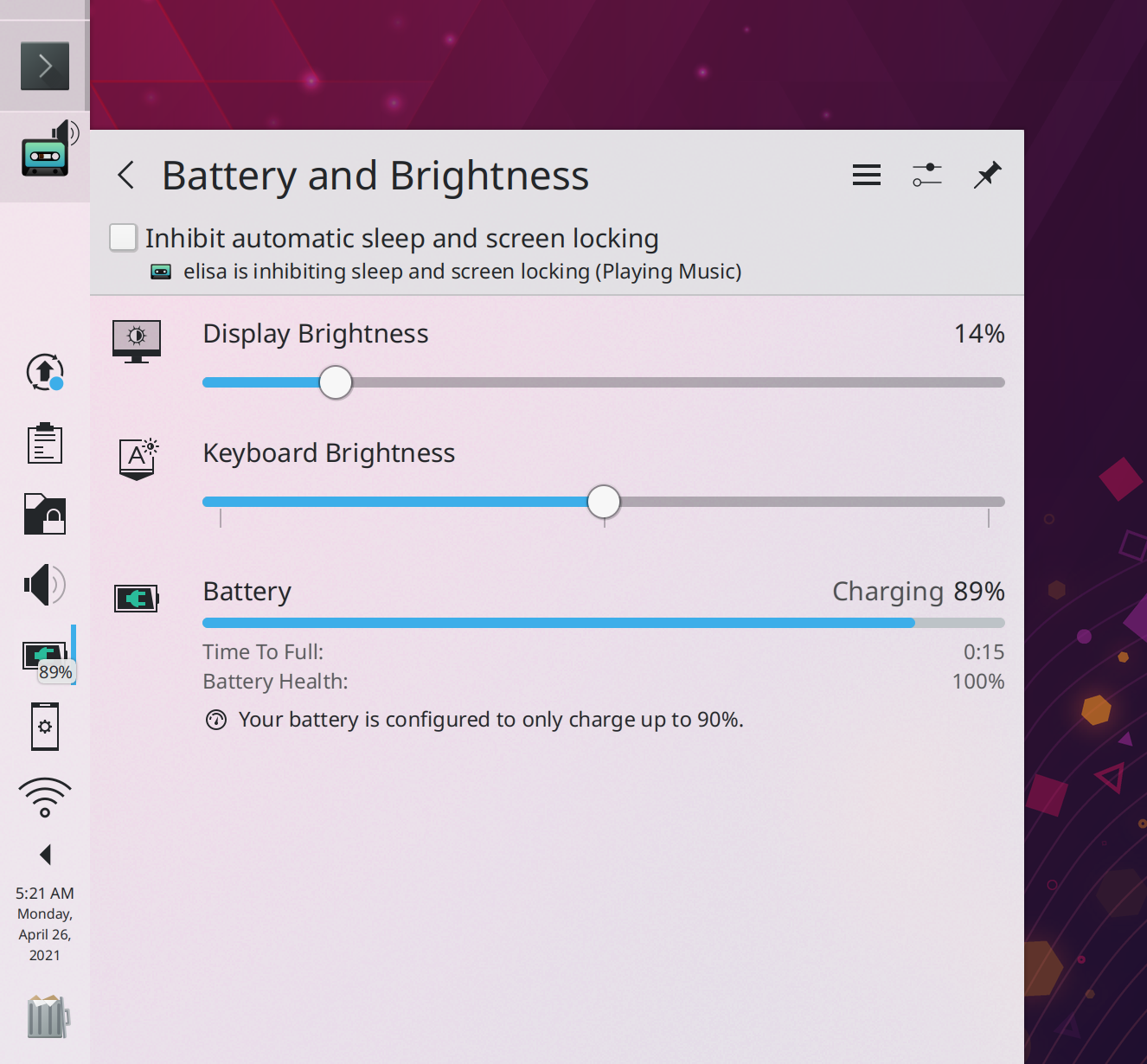