Merged Jiří Wolker requested to merge wolker/ark:welcome-screen into master May 04, 2021

This merge request is duplicate of !46 (merged), it was created again because the previous one was accidentally merged.

This merge request replaces the window contents when the Ark application is started without giving it archive to open. The current user interface has all its widgets (except the list view) in disabled state and the only way to open or create archive is to use menu bar (not shown in pictures) or keyboard shortcuts. I think that it is hard to figure out what to do for unexperienced users.

The new user interface adds two buttons directly to the center of window: one for opening archive and the second for archive creation. When archive is opened, this “screen” is replaced by the normal user interface of Ark.

No new translatable strings are introduced by this merge request.

This changes only Ark's main window, not Ark KPart, so it will not break any existing usages of the KPart. 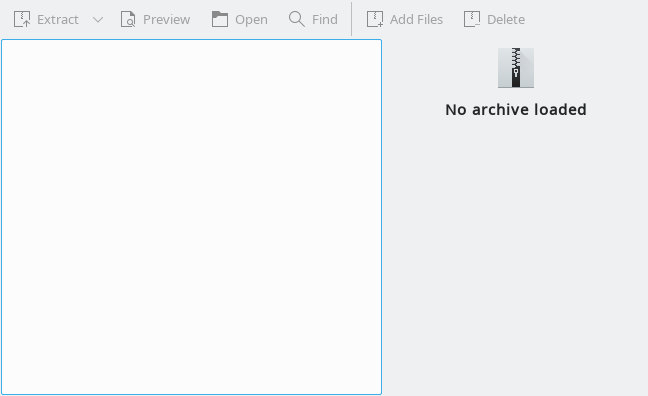 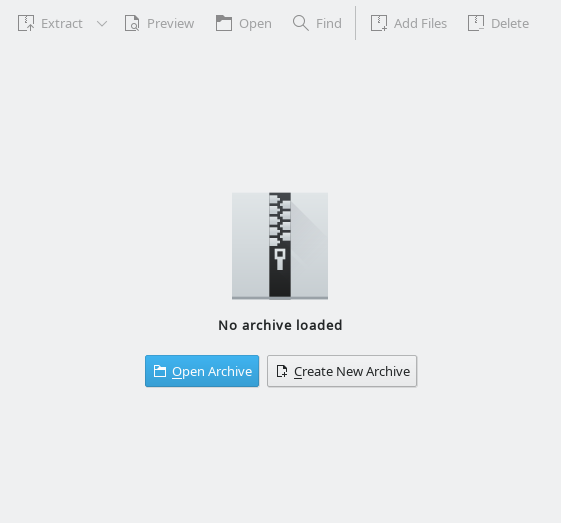