This commit makes use of the new hasIdenticalIcon property of the TabBox model so that the Large Icons Task Switcher can disambiguate identical icons. It does so by adding window thumbnails to any icons that are identical, which makes the visual representation seen by the user no longer identical.

If compositing is turned off, the new compositingEnabled property of the Switcher item tells us, so we don't try to render the window thumbnail and end up with an overlay of the same icon on top of itself

The icons in the Small Icons Task Switcher are too small for window thumbnails to be distinguishable, so they are not shown for that Task Switcher.

Here's how it looks with two Firefox Windows open: 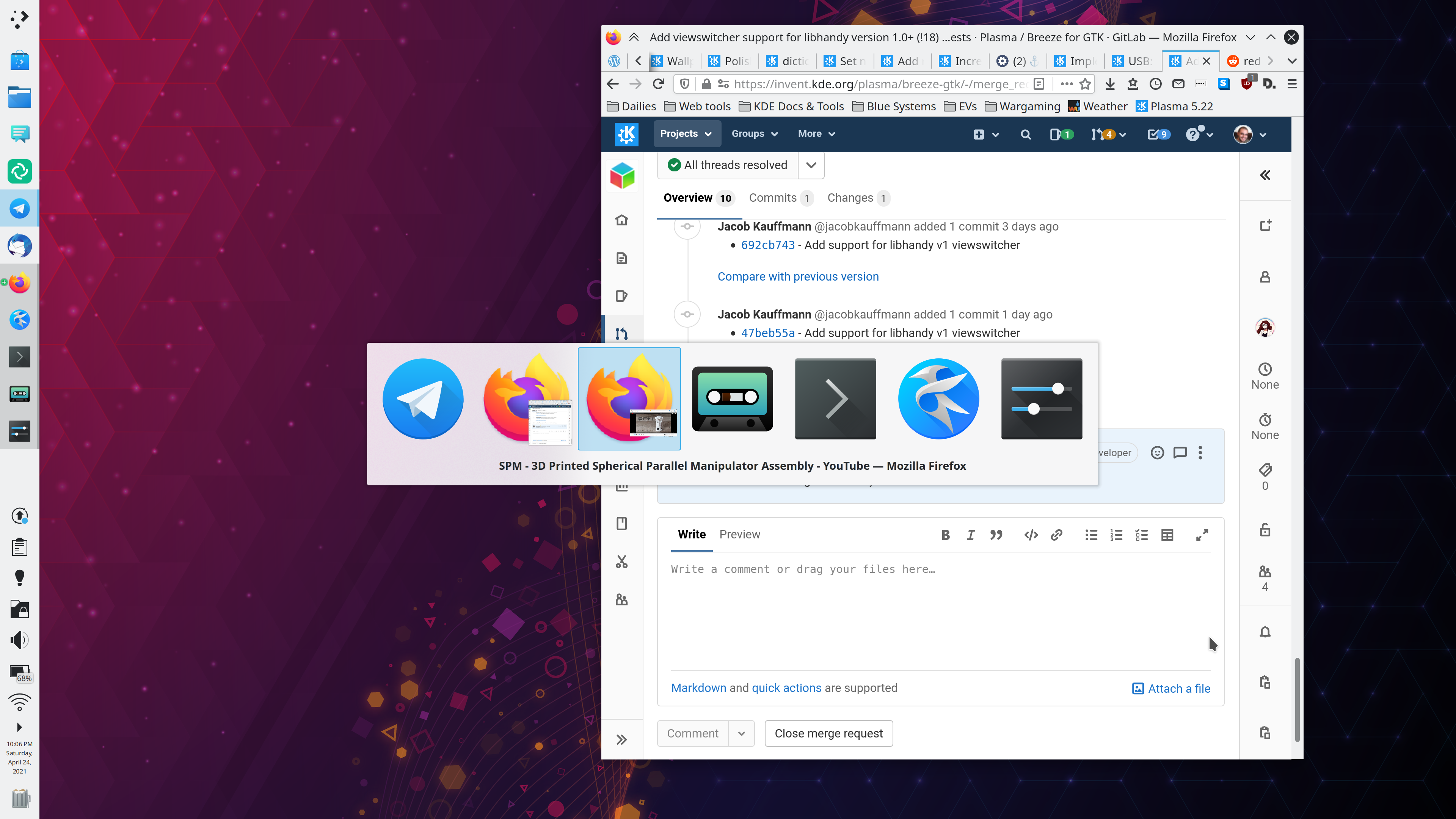