Merged Devin Lin requested to merge work/volumeosd into master May 04, 2021

This adds https://invent.kde.org/plasma/plasma-phone-components/-/issues/67 a more advanced volume osd, that also allows for users to quickly change audio sinks, sources, as well as adjust different audio stream volumes. It effectively has the same function as the audio applet in the tray on the desktop.

When users press their hardware volume buttons, the standard volume OSD shows up, which also includes a toolbutton that can toggle visibility for the full applet.

This will also fix the issues with the current volume OSD taking up the fullscreen.

I considered, and attempted to use the desktop audio applet instead, but it unfortunately conflicts with the existing volume provider (duplicate shortcuts and OSDs), and is also not exactly great to use with touch due to the density of controls. 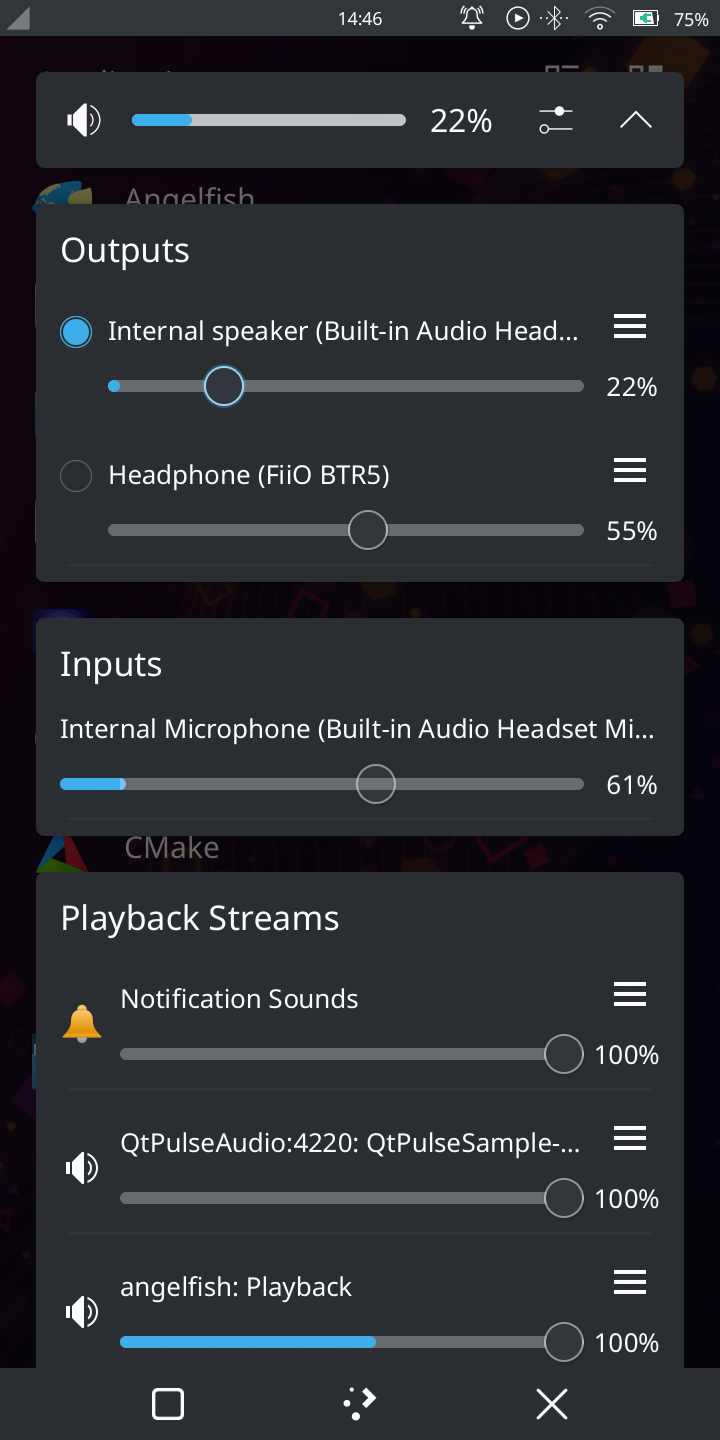