Right now for removable devices, the default action is either "Mount" or "Unmount" (depending on whether you have automount turned on or off).

For the common case where you want to mount a device and then immediately view its contents in the file manager, this requires a two-step process: mount it, then expand the expandable list item, then click on "Show in File Manager.

This commit changes the "Mount" action to "Mount and Open", collapsing the three-step action into just one.

For people who really do want to just mount a disk without opening it, a "Mount" action that does not also open the file manager is added to the expandable section of the list item.

Additionally, because the "Show in File Manager" action that's already in the expandable section of the list item would be redundant with the one used as the primary action, it is now only shown for mounted devices.

This mirrors a similar proposed change in the Plasma Vault applet: plasma-vault!8 (merged)

Here's how everything looks now: 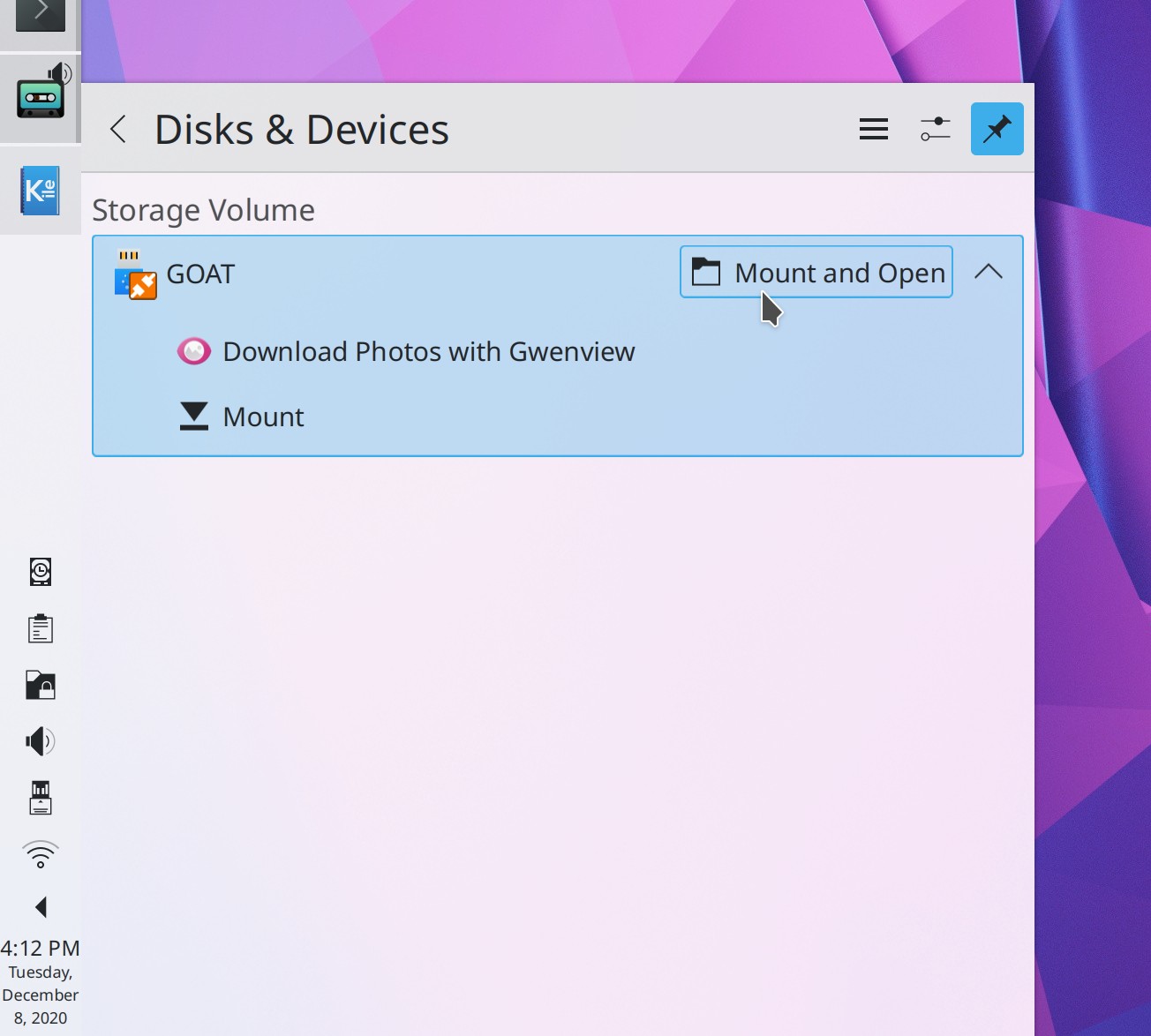 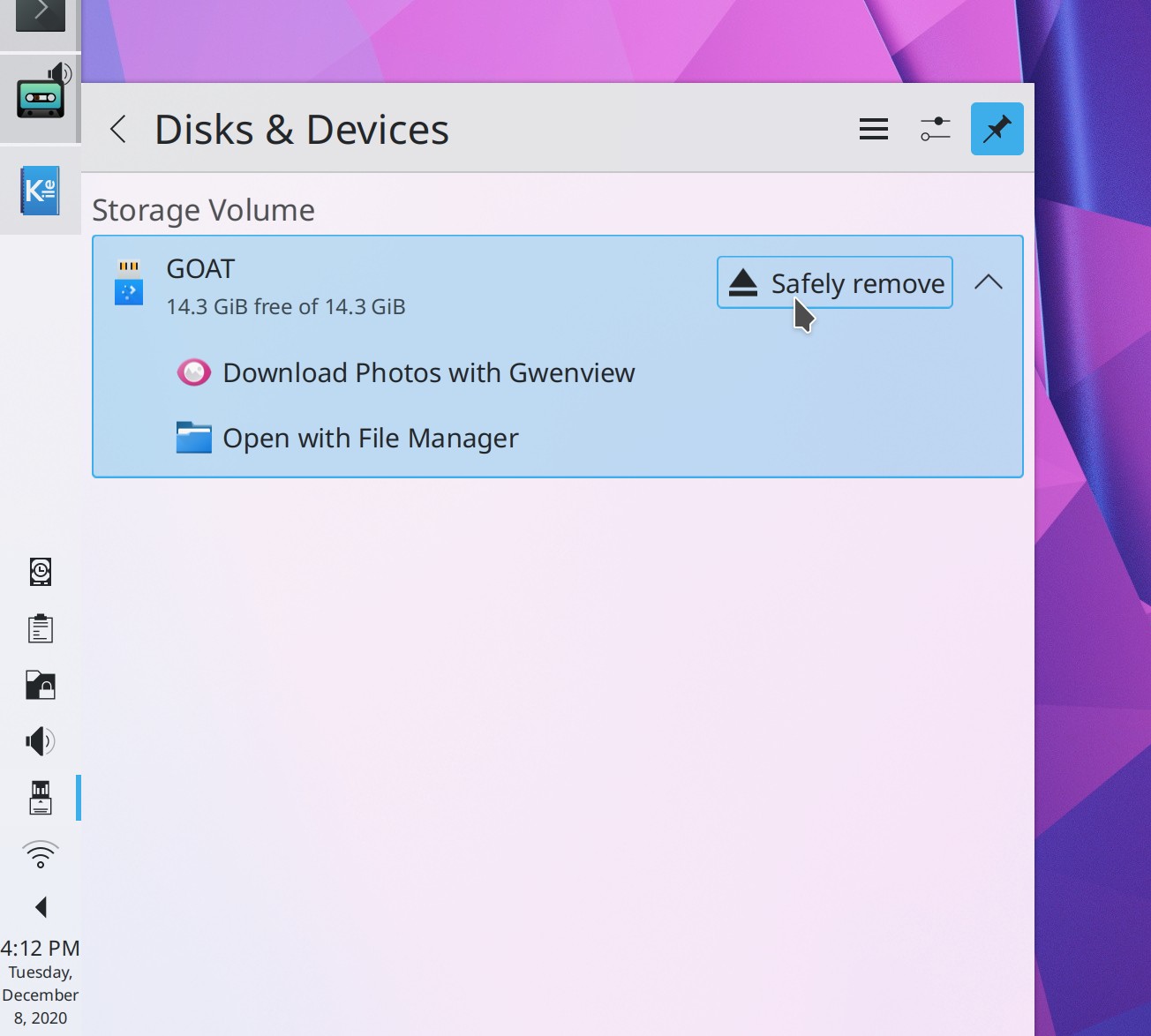 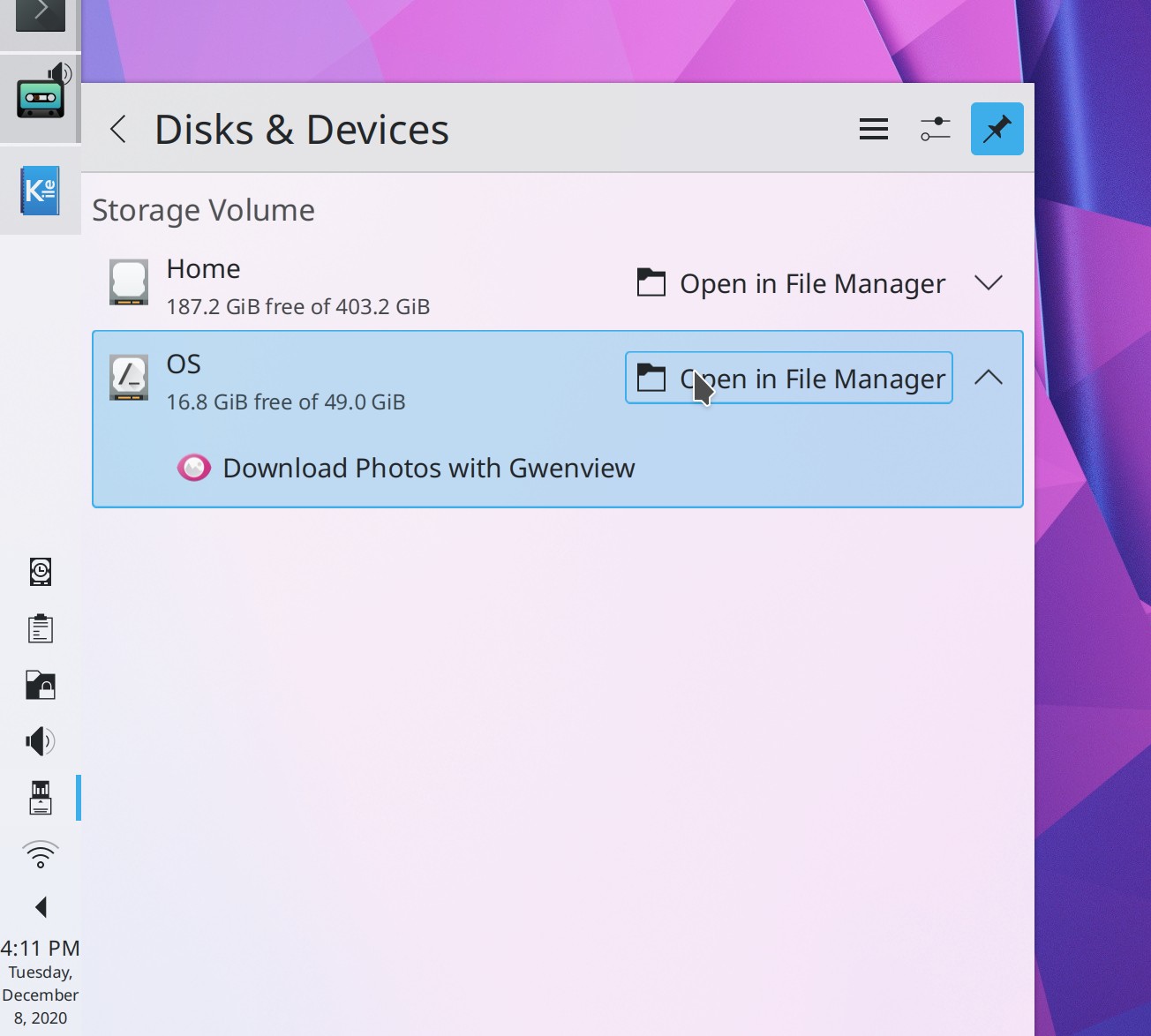