This topic is about handling audio channels and tracks correctly and in a more professional workflow. Users should be able to choose which audio channels of an input file to use, and in which way to use them.

Currently, support for tracks and channels is limited. For example, for a clip with two tracks and two channels each, it is only possible to use the channels of one of the tracks.

Multi-channel and multi-track audio files can easily be created and edited in Audacity for testing.

In the simple case (phone/camera recording), video clips have one stereo audio track. There are many more options however.

Technically, clips (video+audio like .mp4, or audio only like .wav) are primarily containers which contain encoded audio/video streams. The container describes what streams there are and in which format (and more). Streams can again contain channels. Channels represent a single (mono) waveform. 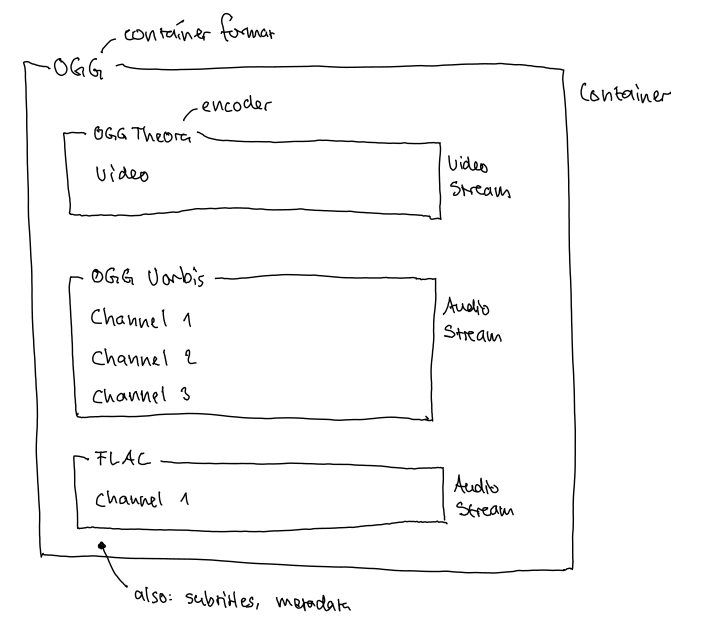 To give two examples:

The channels can be combined in an arbitrary way in the input clip, but for editing they are used separately, for example the audio clip’s two voice channels would be used on one audio track in the timeline, the sound effect channel of the same clip would be used on a different audio track.

Professional camcorders typically create containers with one channel per track.

A high-level picture of the 3 stages input, editing, and output:

The editing part is obviously the most complex. Three different concepts are of importance there:

An example of a more complex project could be the following: 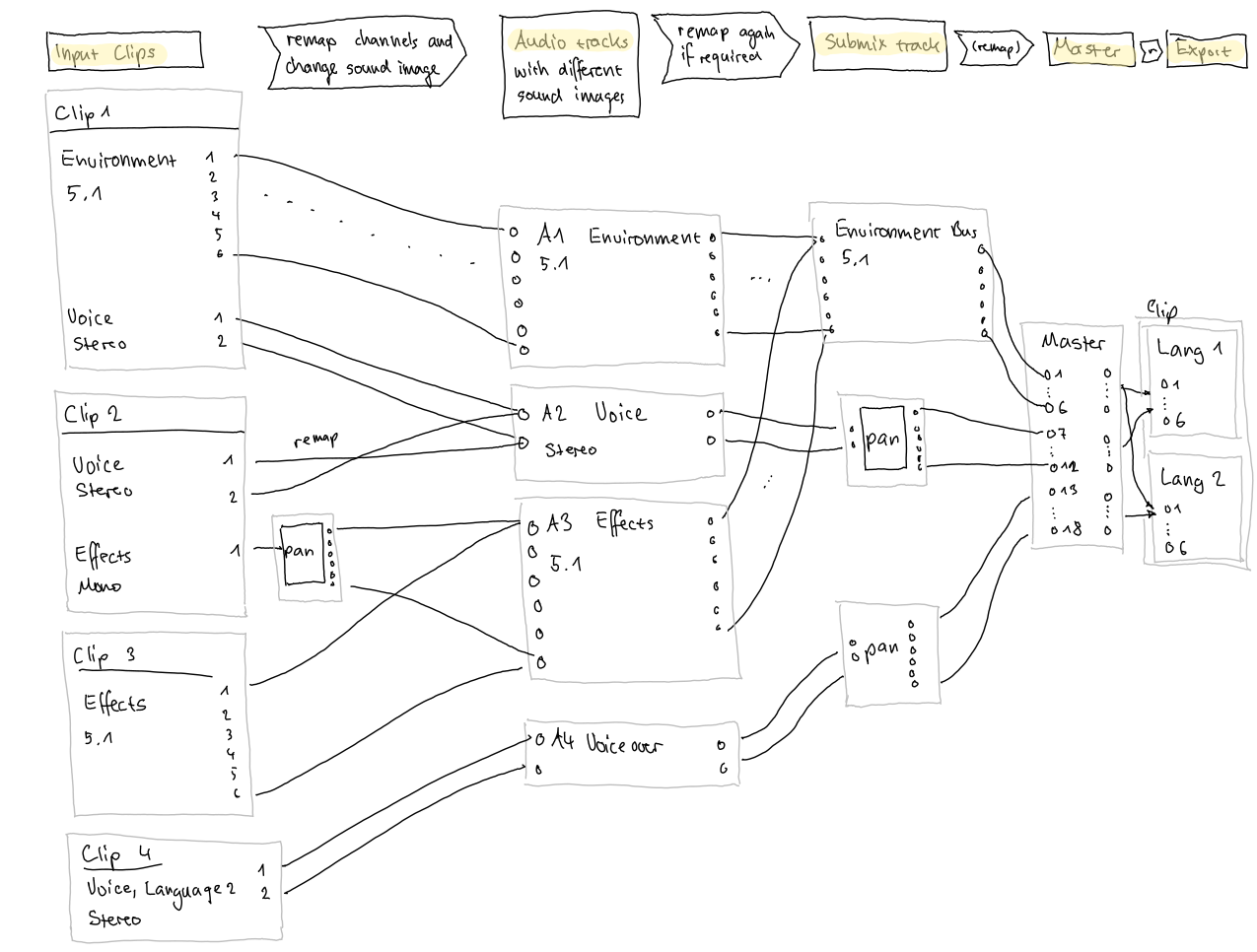 The goal in this project is to create a bilingual video file, each language track using 5.1 surround sound. It should be achieved from the sample audio input clips which may need some adjustment before they can be used. There is also a voiceover for the second language which is a stereo track recorded in post.

What is happening in this imaginary project?

¹ To be more precise: A2 is a two-channel track whereby the channels are used to create a stereo sound image. (They could also be used for a different purpose.)

Clip instances in the timeline need their own channel mapping. The mapping on the clip in the project bin only sets the defaults.

Add a mapping UI where channels can be mapped. This can be either a matrix or a graphical interface as e.g. Audacity provides.

Add an audio card selection entry in the settings.

Route the output channels to the audio card outputs.

Add and remove channels on an audio track.