To keep in mind:

The following drawing shows the main topics. Example steps would be: 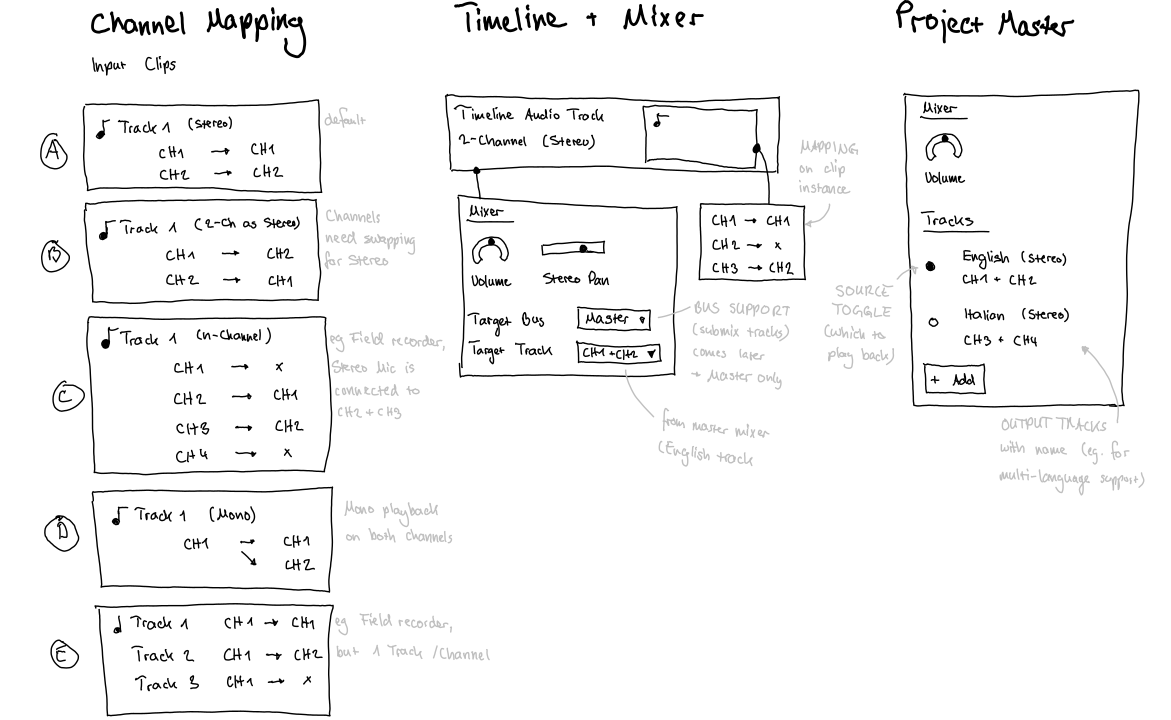 As described in Advanced Audio Workflow, clips can have multiple tracks and each track can have a number of channels. The user has to be able to choose which channels to use in the timeline.

There are different approaches for defining the mapping, each with advantages and disadvantages. 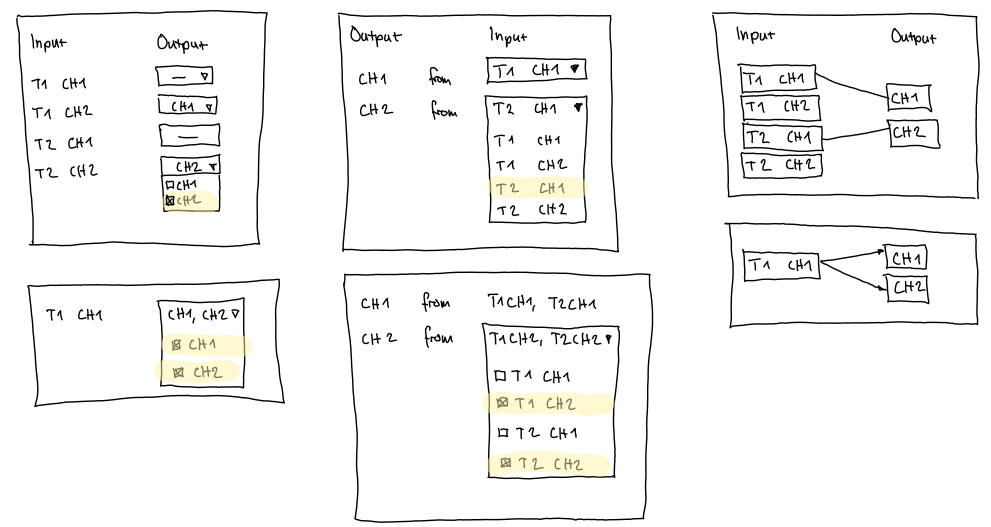 In case of mono clips, the single clip channel has to be distributed to both CH1 and CH2. This can be accomplished in (a) by using a dropdown with checkboxes.

If multiple clip channels should be sent to the same output channel, this can be accomplished in (b) in the same way.

The mapping done in the project bin only sets the default. Afterwards, it is possible to change the mapping for every clip instance in the timeline.

Every audio track has its own mixer. The output of the track, after mixing, is sent to the master track. The mixer should allow keyframed volume and stereo panning control.

In a later stage, multiple tracks can first be sent to a submix track in order to mix all of them simultaneously and then to the master track. Submix tracks are not part of this feature package.

In the master mixer, audio is expected to be panned correctly already and only requires overall volume control. The more important feature here is to define the number of tracks which are exported when the file is rendered. Two common use cases are:

This table describes how Kdenlive 20.04 behaves in order to provide backwards compatibility when loading projects.

When a clip is already in the timeline, allow to change the channel mapping.